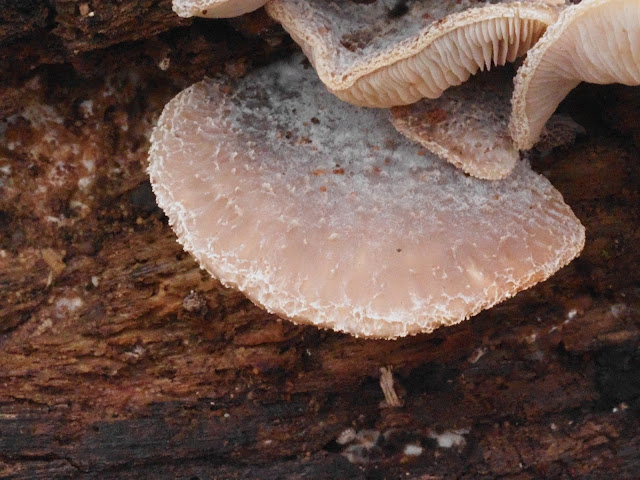 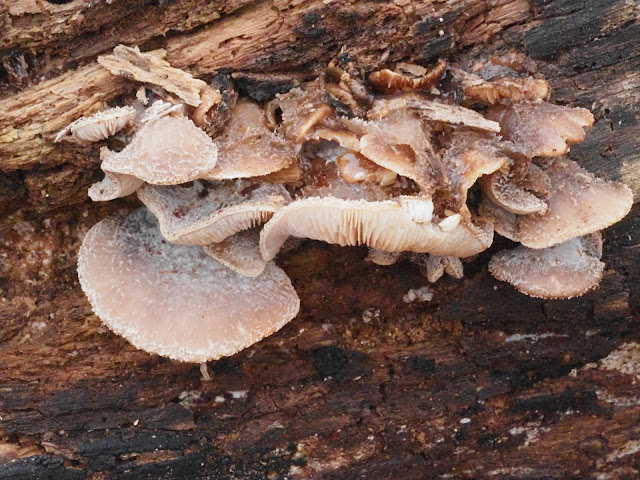 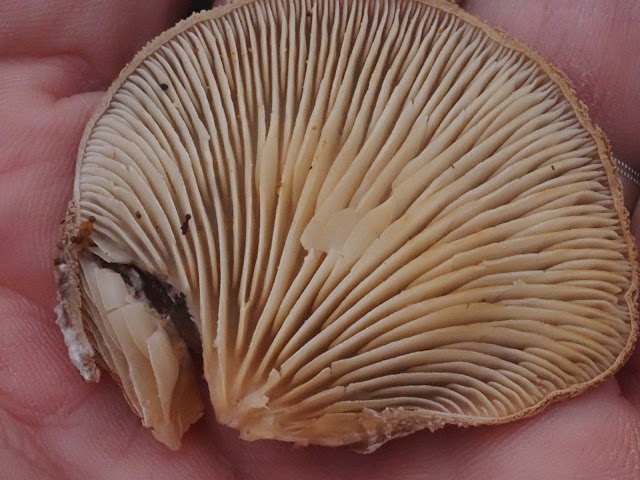 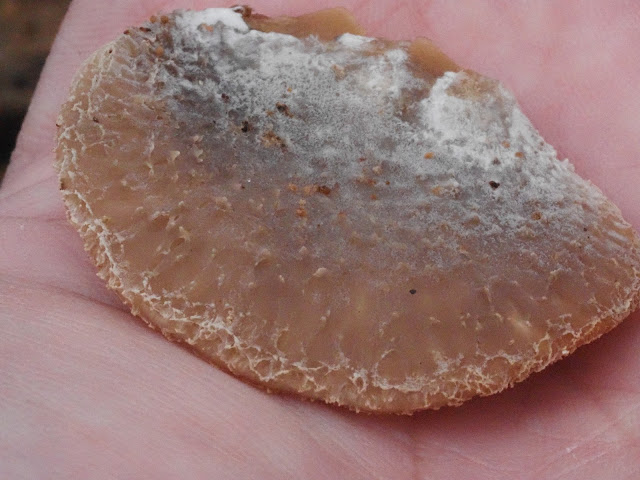 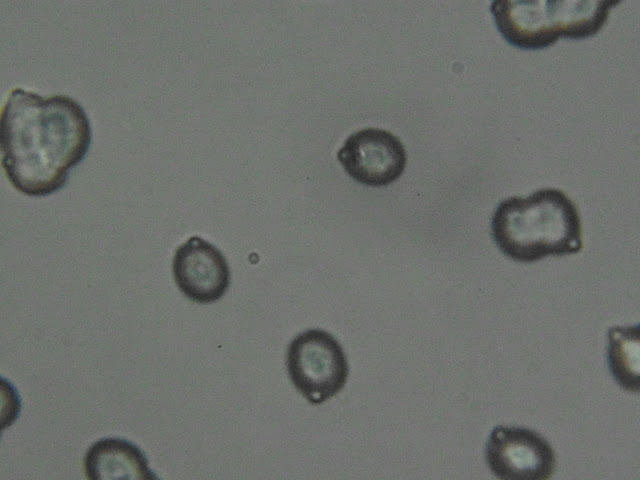 A 2018 article in Persoonia lists four new species of Hohenbuehelia, a genus in the Pleurotaceae. The article also contains a dichotomous key for the genus. Based on that, I am calling this Hohenbuehelia mastrucata, but I might be wrong.
These were growing in clusters and shelves a few feet down from some Mock Oysters. Both caused a white rot on a fairly well-decayed hardwood tree in bottomland. The caps were 1-5 cm wide with inrolled margins. The colors ranged from dark brown to light tan. The caps had gelatinous patches and were tomentose near the point of attachment, which was usually a single point, though it was hard to tell given how soft the mushrooms and the wood were. (We've had several days of freezes and thaws.) The gills were tan to light tan. The taste was indistinct. The spore print was white and the spores measured 9 µm.
Other possibilities: H. grisea, H. atrocoerulea, and, as might be expected, H. atrocoerulea var. grisea.