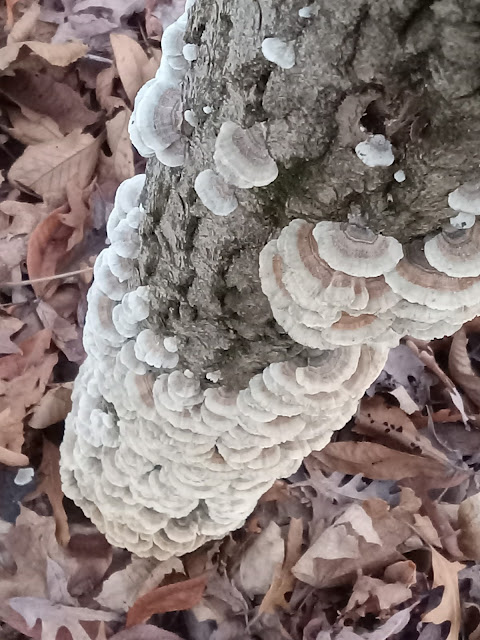 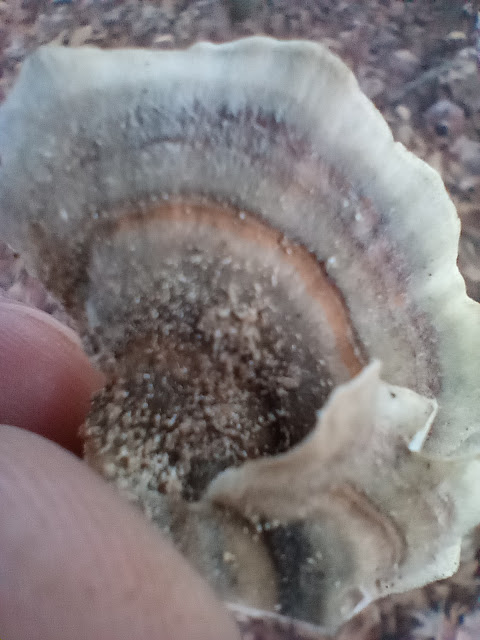 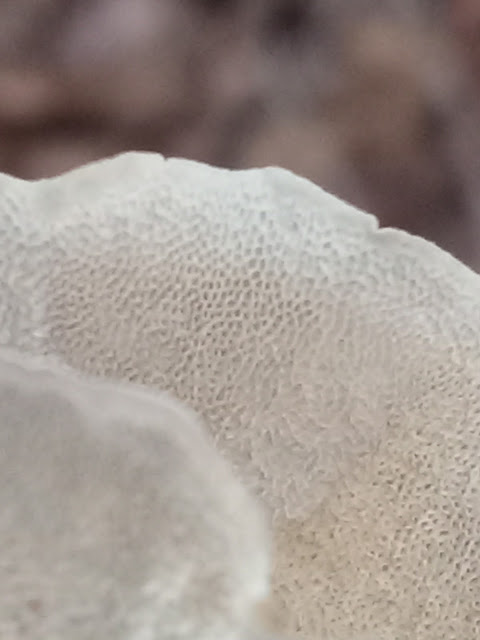 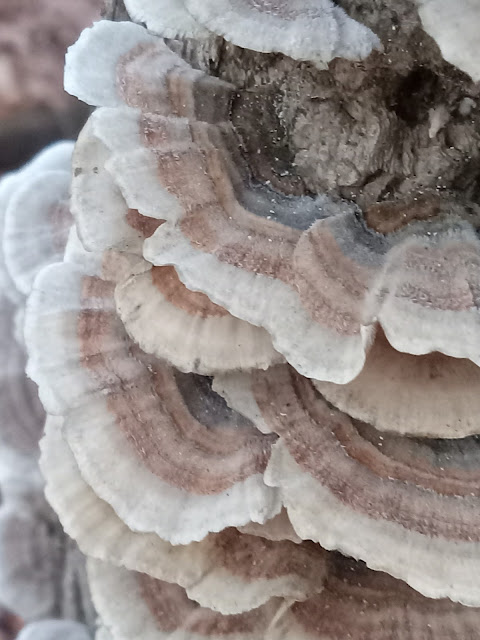 I believe this is Trametes hirsuta. Most of these were 3-4 cm wide and about 2 mm thick. The upper surface was velvety and fairly zonate. The fertile surface was creamy white to somewhat ochre. The pores were around 3 per millimeter--round, angular, and sometimes elongated becoming tooth-like. These had a thin black line that separates the upper from the lower part of the flesh, but only near the point of attachment. To my knowledge, of the Trametes species, only this mushroom and Trametes versicolor have this line. Compare with another tentative ID: Trametes villosa.
Based on Polypores and Similar Fungi of Eastern and Central North America, I've developed this list of features for the Trametes species that can be mistaken for Turkey Tails:
Trametes pavonia has very small pores: 5-6 per millimeter and flesh that is no more than 2 mm thick.
Trametes pubescens tends to be less zonate and the flesh can be up to 5 mm thick.
Trametes ochracea tends to be more rigid, less leathery.
Trametes villosa has large pores, 1-3 per millimeter, that become teeth-like in age