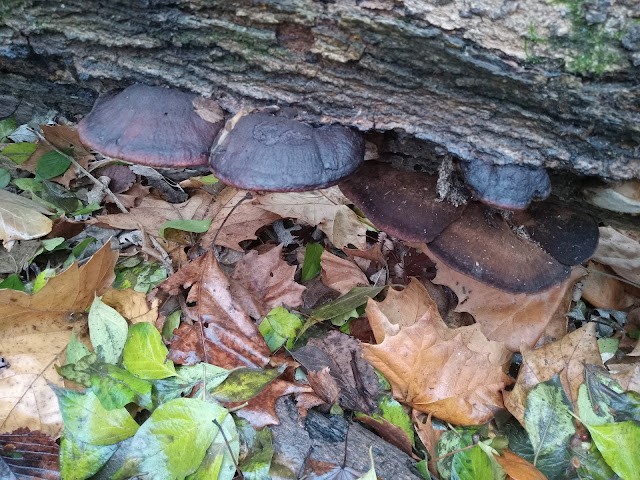 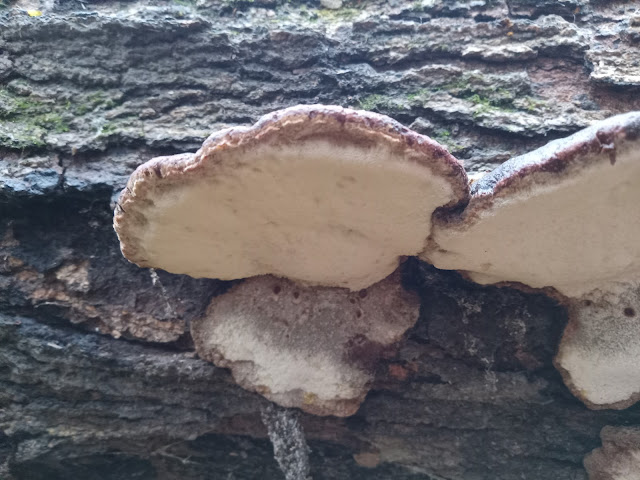 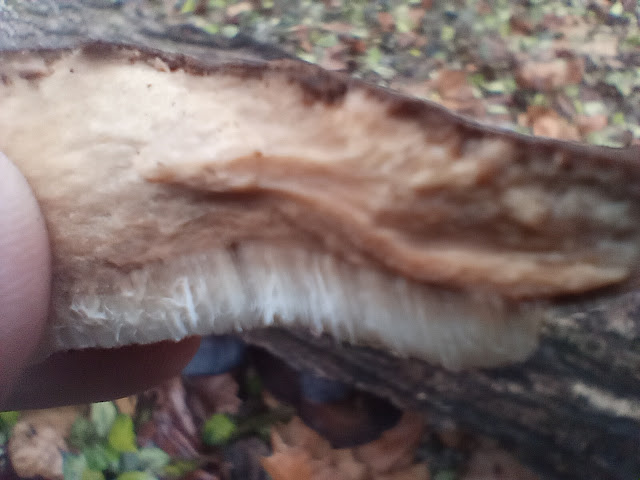 The Resinous Polypore, Ischoderma resinosum, is also called Steak of the Woods, and Bessette lists it as edible, but I think it would be much too rubbery and tough to eat. Several of the specimens I found were over 15 cm wide, semicircular, and broadly convex. The caps were finely velvety, but they will become rougher and harder with age. The images I've seen in field guides show a white margin. On these, the brown of the cap extended to the underside. The fertile surface was dingy white, and the well-spaced spores were mostly angular and around 4 per millimeter. The field guides also say that the pore surface readily bruises, but these bruised only faintly. The flesh was tannish, and was distinct from both the cap and the pore tubes, which were about 5 mm. The odor was sweet, nearly anise-like. Kuo says it darkens grayish to black on all surfaces in KOH. I got a black reaction on the cap, brown on the flesh, and only a slight darkening on the pore surface. These were growing on fallen hardwood.
A couple features make this identification tentative: the margin color and the lack of strong bruising reaction.
Ischnoderma means "thin skin," and resinosum means "resinous," which refers to the amber, resin-like fluid said to exude from these. I squeezed out only water, but I intend to return to these to see how they develop.