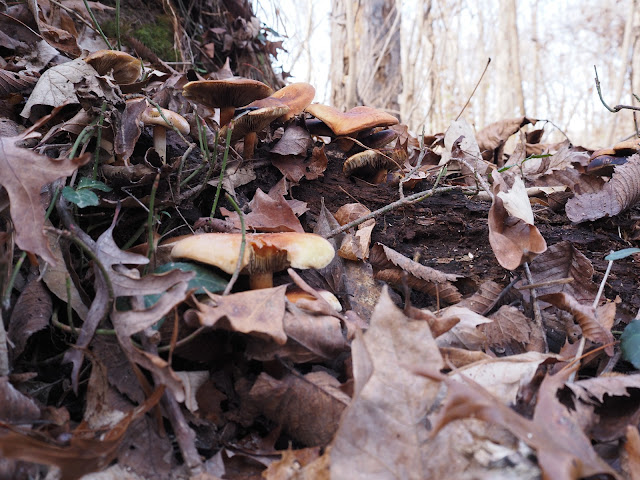 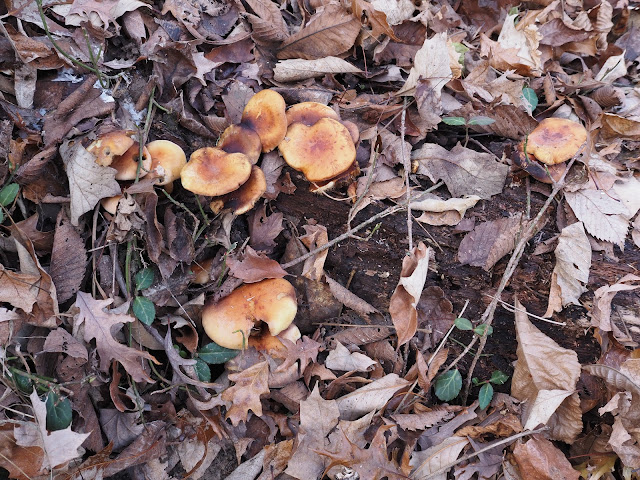 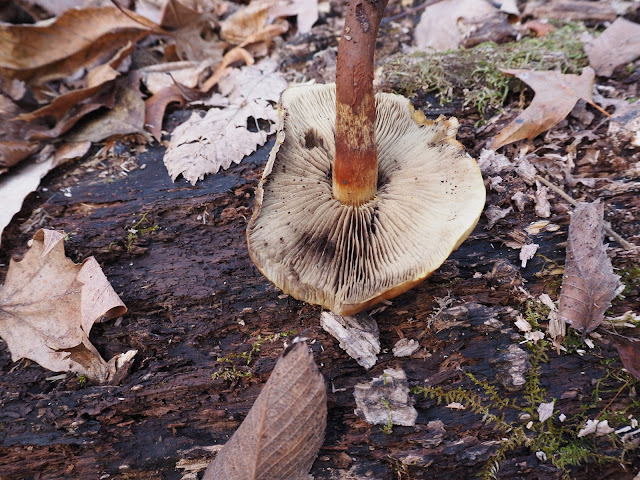 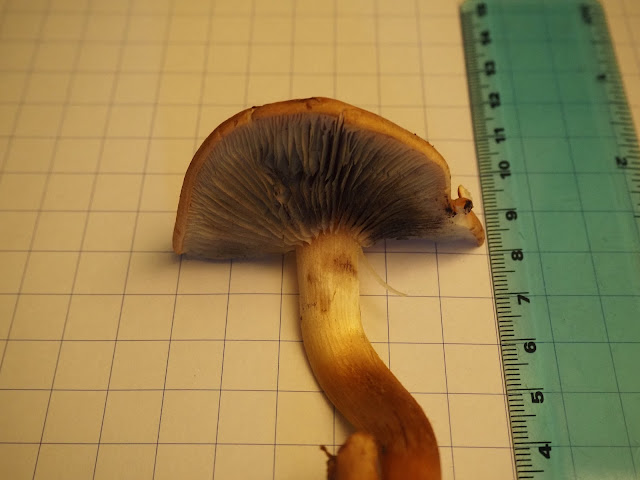 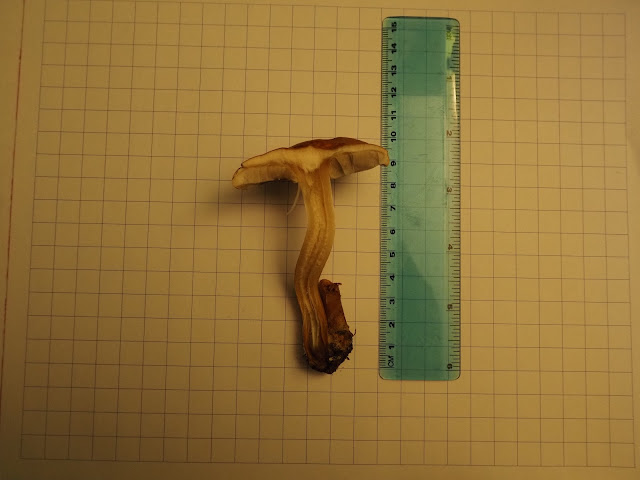 Psathyrella delineata is not delineated in Mushrooms Demystified. Arora says to leave the genus to "professional psathyrellologists" since "few fleshy fungi have less to offer the average mushroom hunter" (p. 361). The National Audubon Society Field Guide to North American Mushrooms only references it as a lookalike to Psathyrella rugocephala, which has a tawnier cap and larger spores. Fortunately, this species (I think) is described in Mushrooms of the Midwest. The description there fits my specimen pretty well. But given the paucity of information I found on the mushroom, I could be wrong.
Amateur mycologists ever depend on someone else's taxonomy, and we don't know what we don't know. A monograph on the Psathyrella genus by Alexander Smith describes four hundred North American species of Psathyrellas. I wonder which of those four hundred descriptions best fits what I found.
So, what did I find? The mushroom was growing on a fallen log in clusters. Mycelium was prominent at the base of each. The caps were around 7 cm across, broadly convex or flat. They were a lovely orange-brown, mostly smooth with a few hairs visible with a hand lens. The gills were attached, sometimes adnate, sometimes sinuate. They were close and yellowish tan with a dark interior in places (the spores were purple-brown turning light brown in KOH). The smooth stalks were typically less than a centimeter across; they were even and hollow and darkened toward the base. Psathyrella means "little, fragile," and the flesh is supposed to be weak, but I couldn't determine this since they were mostly frozen when I found them.
This is the first mushroom photographed with my new camera, an Olympus OM-D E-M10 Mark IV.