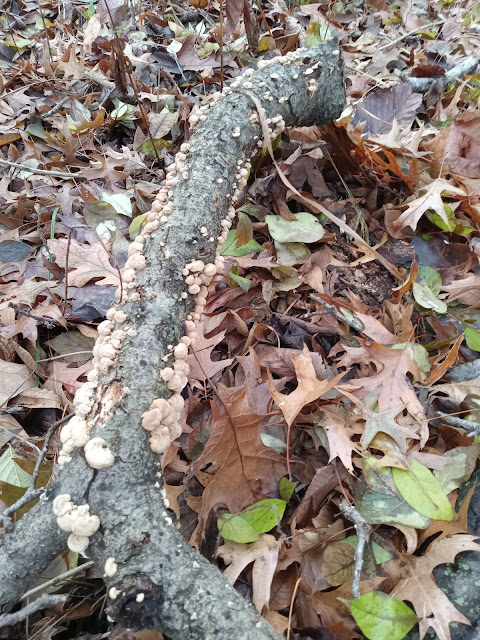 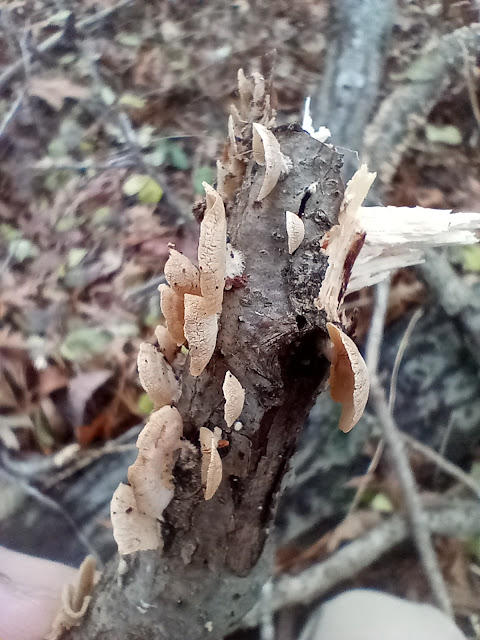 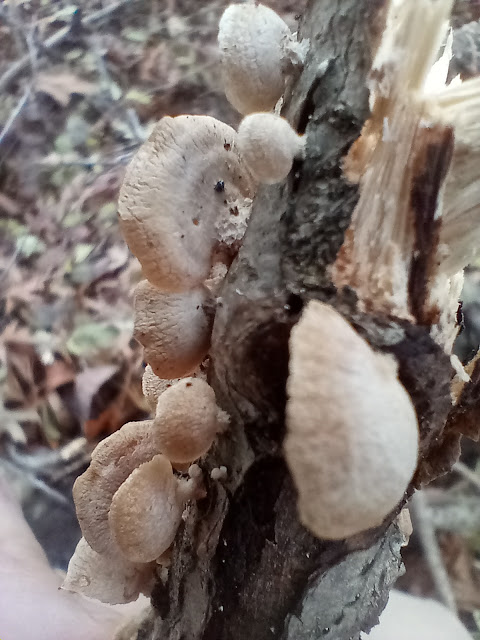 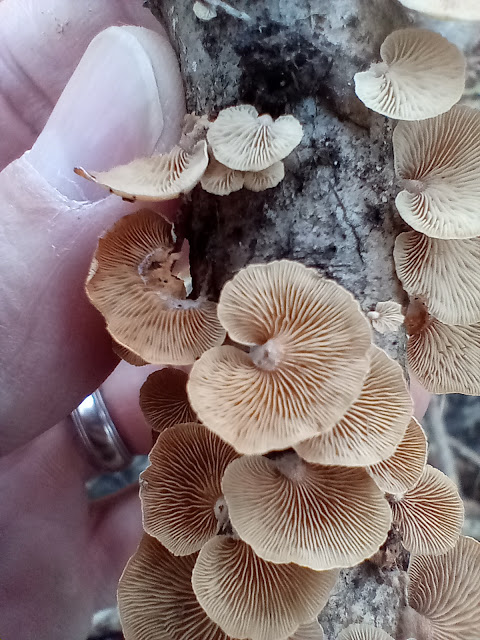 Panellus stipticus are tiny tawny mushrooms that are saprobic on hardwood. These were growing in shelves and clusters on (most likely) a fallen Red Oak branch. None were much wider than 2 cm and all had little white nubs for stalks. The caps were scurfy and the flesh was whitish. The gills abruptly terminated at the stalk and were close and often forked. Panellus stipticus is listed as having a bitter taste, but I didn't notice it. The spore print was white. Hyaline in KOH.
Pan means "all" or "everywhere," and -ellus is a diminutive suffix. Stipticus means "astringent." So, the scientific name translates as "the little bitter mushroom found everywhere."
The following two pictures were taken from a specimen in January 2023. The first was taken with no mounting medium. The second shows the spores in KOH. The spores measured 4 µm. 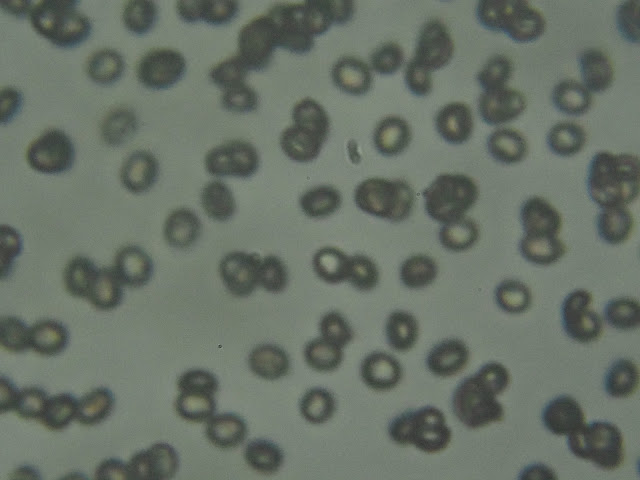 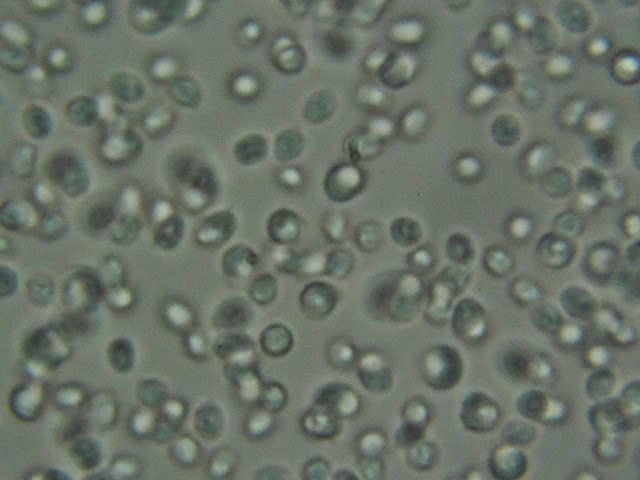