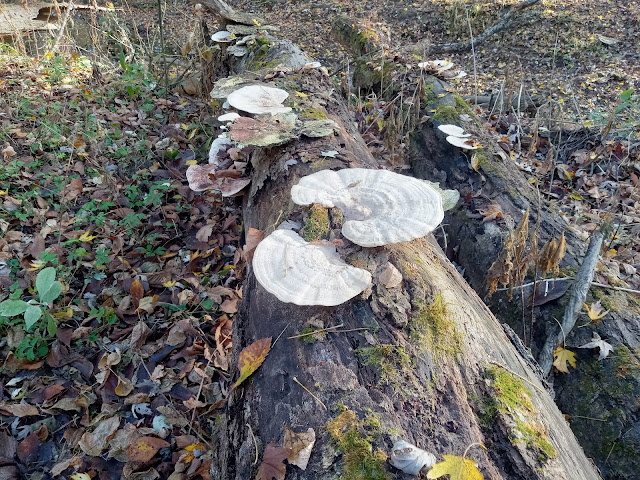 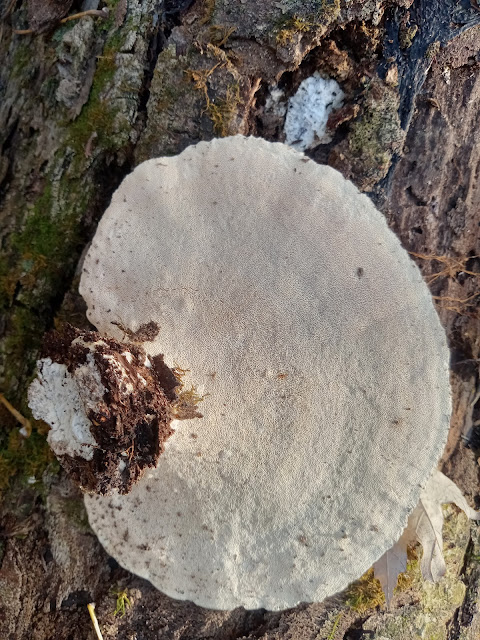 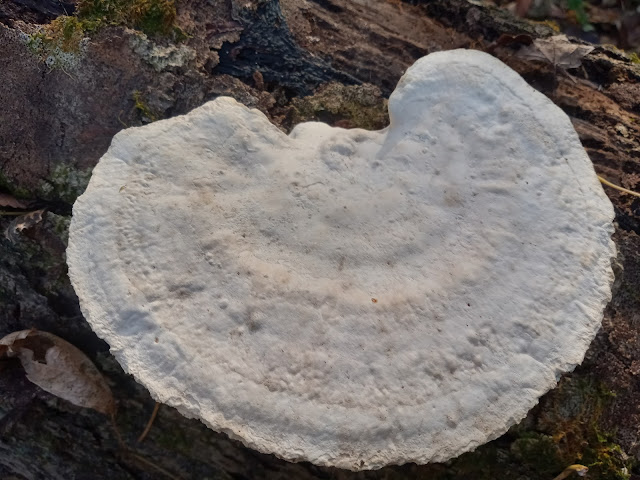 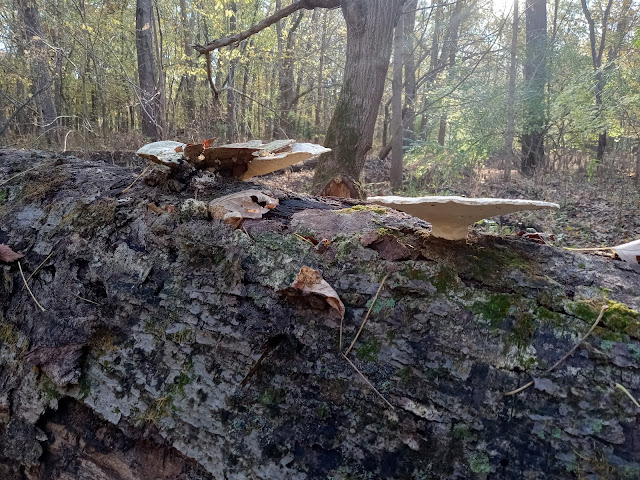 Trametes aesculi is a large mushroom (5-35 cm wide). It is white to creamy white throughout. The upper surface is vaguely zonate and warty. Bessette says it's "finely tomentose, soon becoming glabrous." These were glabrous. The pores are highly variable. These were labyrinthine, slotlike, and round, roughly 1-3 per mm. Unlike most Trametes species, these can have a stalklike base. This group was found on a well-decayed maple, most likely Sugar Maple, Acer saccharum, even though the species name aesculi means "oak." In KOH, the cap darkened, the flesh turned slightly yellow, and the pore surface did not react.
Trametes aesculi is often named Trametes elegans in field guides, but Bessette says that species does not occur in North America.