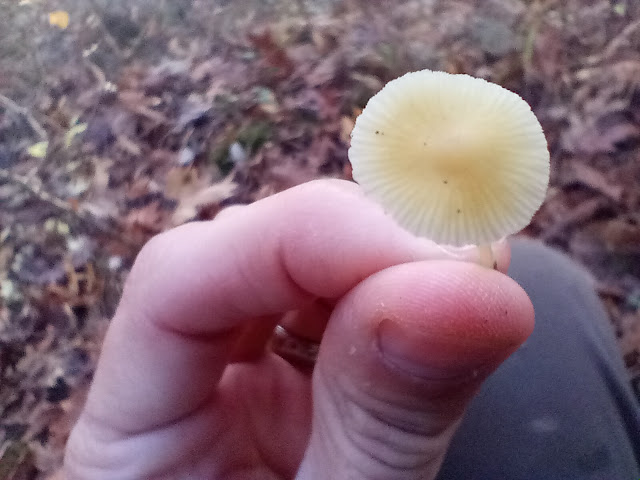 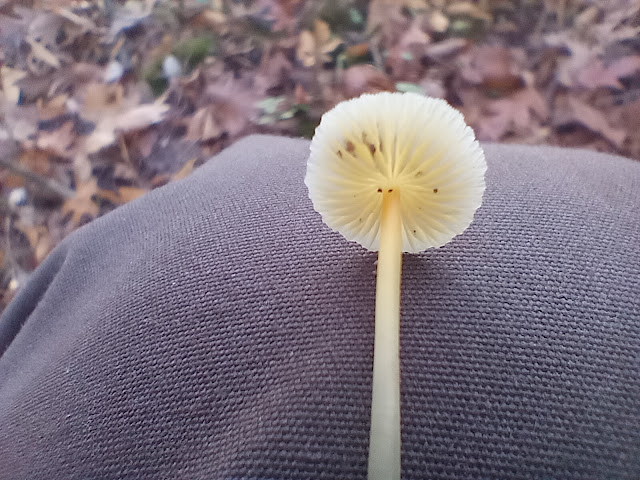 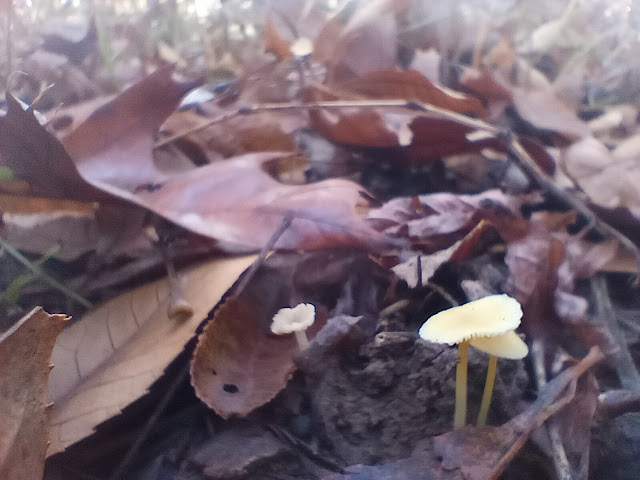 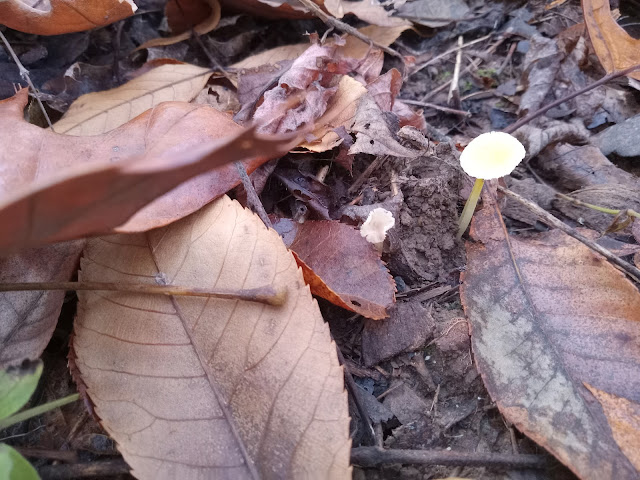 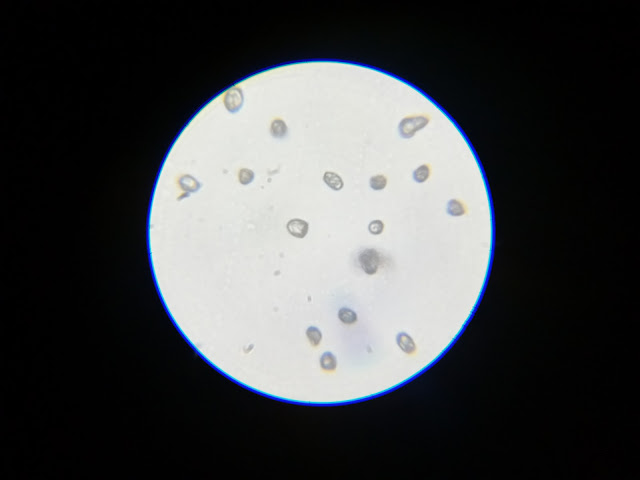 From early September to late October, we received almost no rain. The week before Halloween, rain fell, and these little lovelies are the first new mushrooms I've found in a while. Mycena leptophylla. (Mycena means "mushroom" and leptophylla means "thin leaf.") One full-grown specimen had a stalk 3 cm long and 1 mm wide. The stalk was not especially fragile. The striate cap (11 mm wide) was convex becoming somewhat umbonate and flat. The color was creamy yellow and darker toward the center. The gill attachment was notched, almost decurrent. The mushroom was hairless and dry. No reaction in KOH. The spore print was white, and the irregular spores measured 7 μm.
Kuo writes that the mushroom is "saprobic on terrestrial forest debris in hardwood forests." I dug around the base but was unable to tell exactly what it was growing from, but it was certainly growing from the soil, not from leaf litter or debris on the surface. The similar Mycena luteopallens grows from walnut and hickory shells. My excavation turned up some nuts but no shells. This identification, then, is tentative.