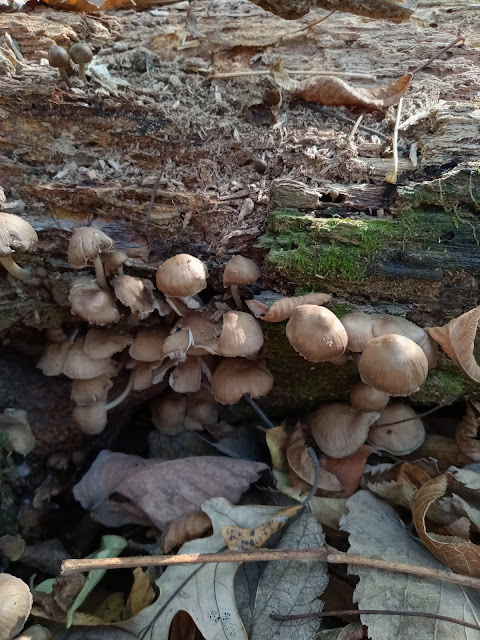 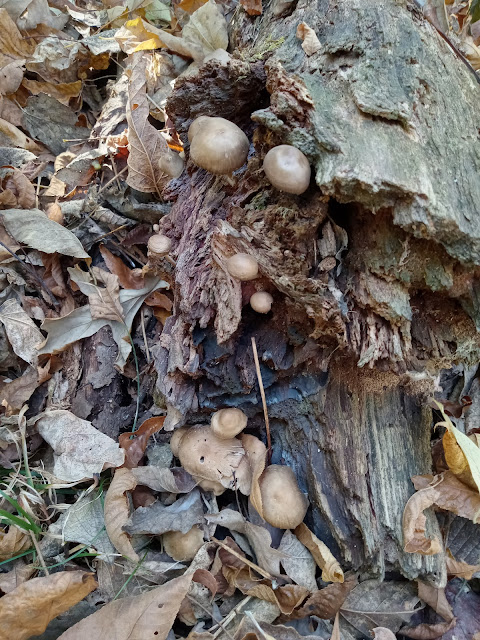 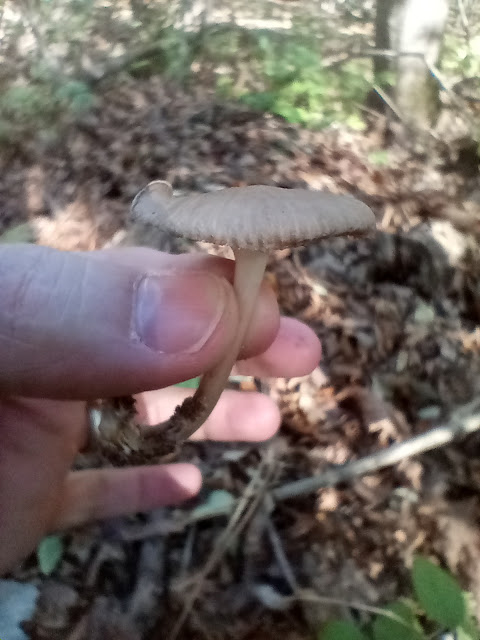 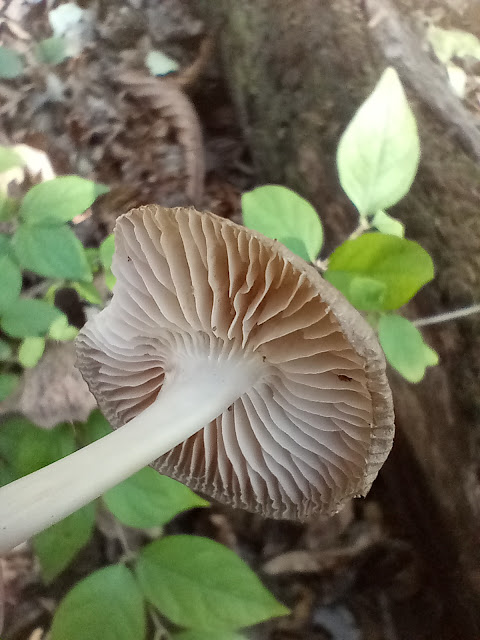 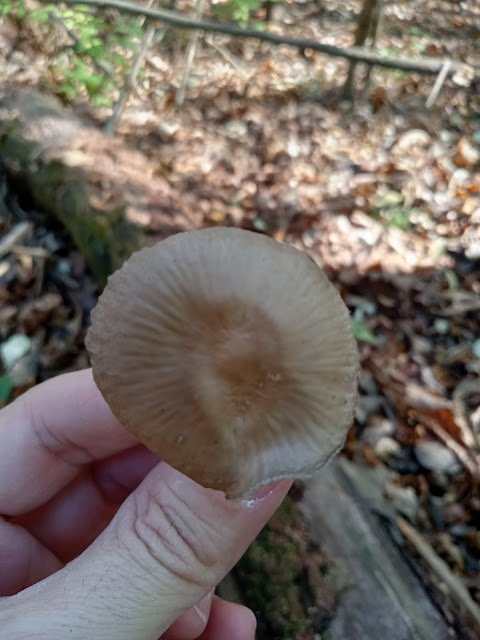 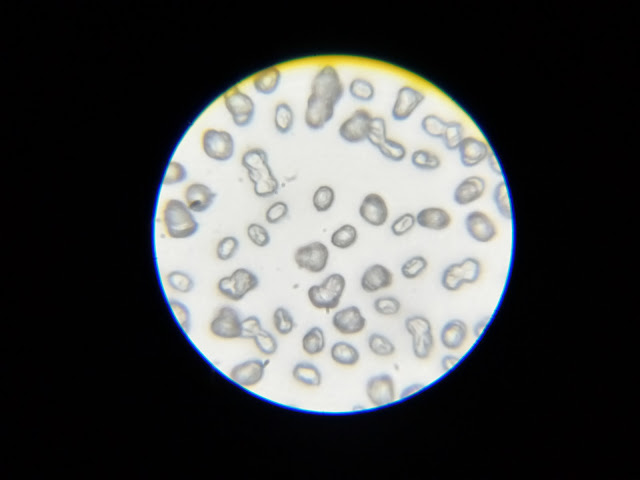 Mycena galericulata. These were growing in dense clusters on a well-decayed log. The largest specimen I brought home had a cap 3.5 cm wide. The stems were 3-5 mm wide and 4-5 cm long. The gills were narrowly attached, appearing nearly decurrent in some. The spore print was white, and the spores were 7-8 μm. When I found these, they were fairly dry, but they didn't appear ever to be slimy. The base of all the stems had mycelium attached.
Kuo says the similar Mycena inclinata "features a toothed young cap margin, a stem that is yellow above and brown to reddish brown below, and a strongly mealy odor." He suggests comparing with Pluteus cervinus. When I first saw these, I thought they were small deer mushrooms because of the habitat and their overall morphology and color. But when I saw the gill attachment, I knew it had to be something else. This ID is tentative, as is typical for a mushroom that is both a LBM (Little Brown Mushroom) and a JAM (Just Another Mycena).
Arora says that this mushroom is "mistaken for a Collybia because the cap is convex to plane in age."