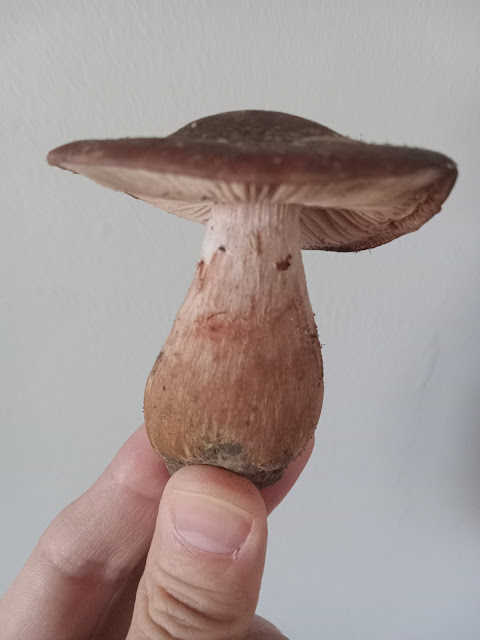 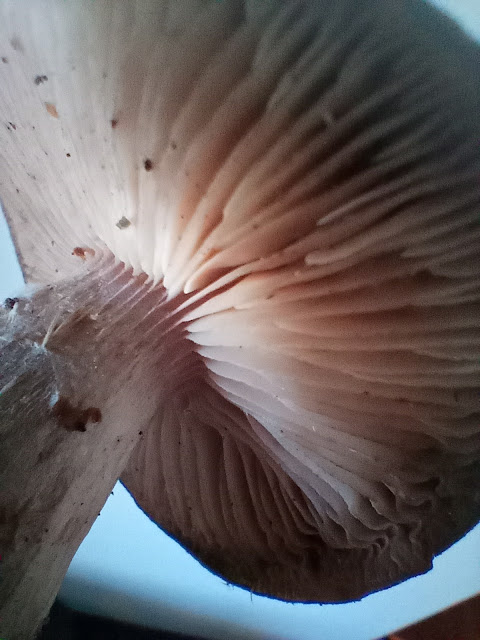 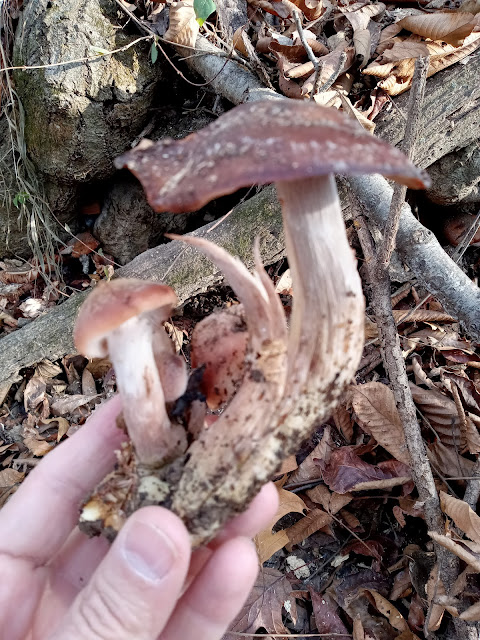 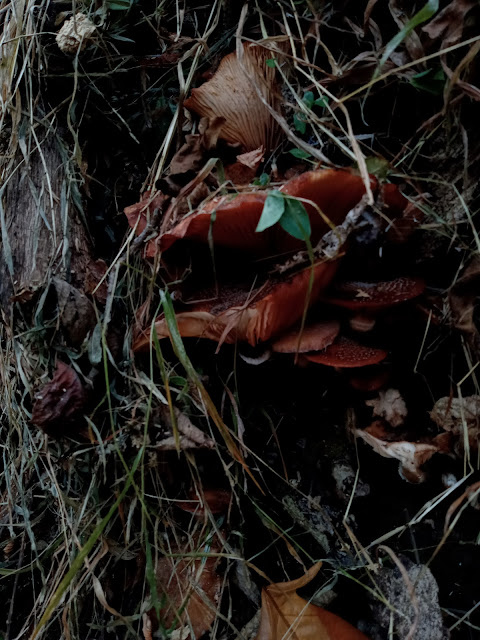 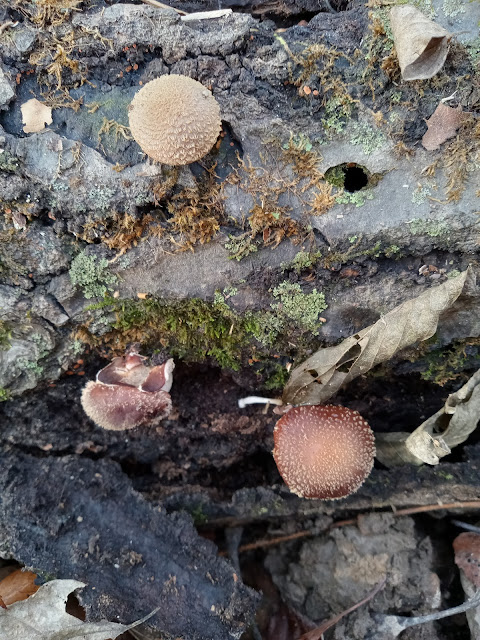 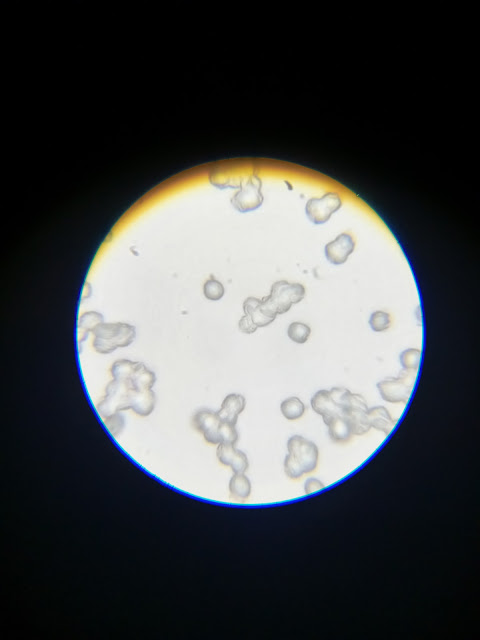 At first, I thought this might be a puffball (see second-to-last picture). Then, when I saw it had a cap and stem with a veil and granules on the cap, I thought Shiitake (though they don't grow in the wild in North America). Then, I thought I might have an Agrocybe (until I saw that the spore print was white). So, I've settle on the Armillaria genus, perhaps a member of the Armillaria mellea group, following Arora's Mushrooms Demystified: "It is among the most variable and cosmopolitan of the fleshy fungi, and in its innumerable guises will confound you time and time again" (p. 196).
These mushrooms had little black spots and hairs on the cap (typical of Honeys) and were quite variable in size, some having caps wider and stems longer than 10 cm. Some had rings or at least veil remnants. Some did not. They tended to widen toward the base; some were bulbous at the base (see first photo). The gills were typically close and sometimes decurrent, sometimes decurrent with a notch. Some were growing alone, some in dense clusters. All were growing on or below a dead Red Oak (Quercus rubra).
The only feature that didn't match Arora's description was the spores. Arora lists them as elliptical. These were round, measuring around 8 µm.