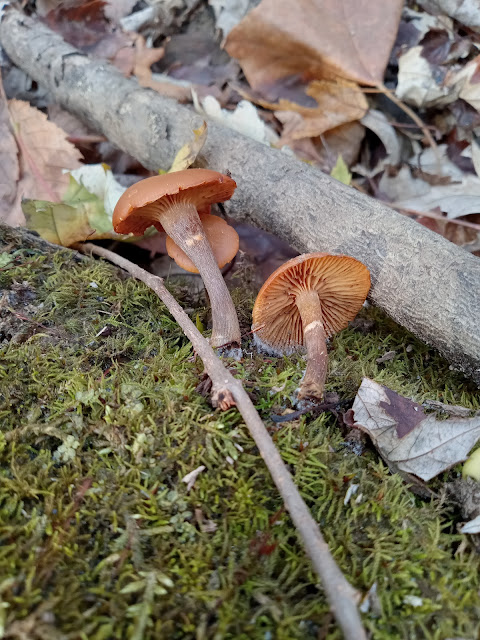 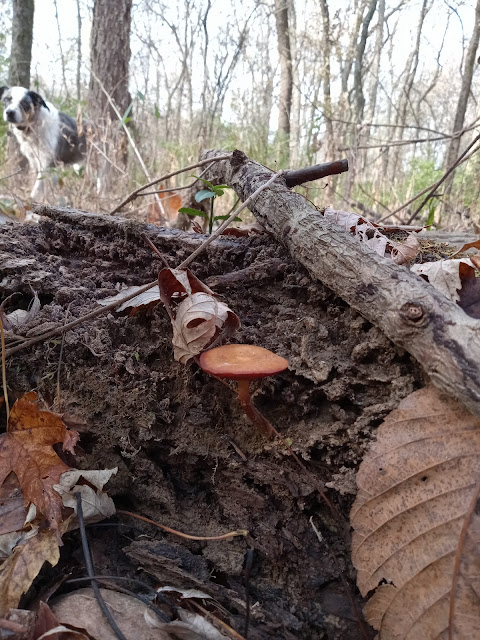 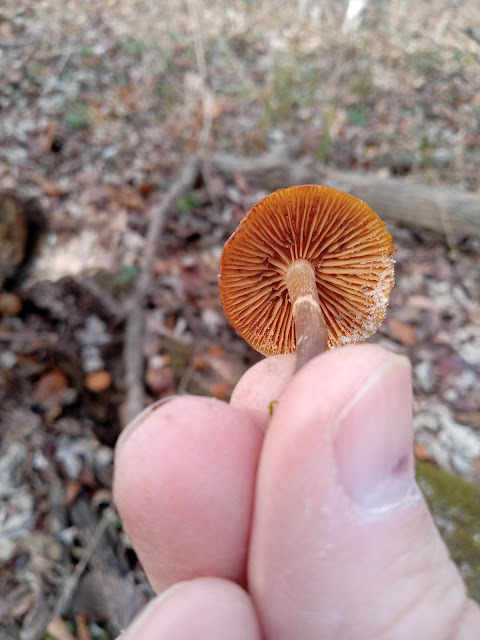 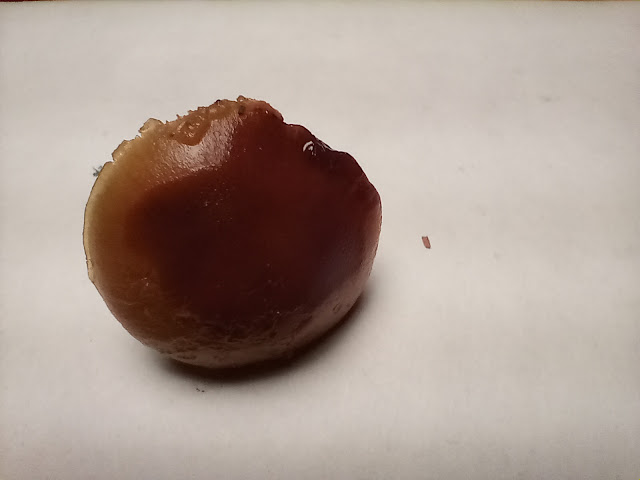 The Deadly Galerina, Galerina marginata, might also be called Tripper's Bane because it bears close resemblance to some psychedelic mushrooms, but instead of psilocybin, it contains amatoxins, the same toxins found in many Amanita mushrooms.
However nondescript this mushroom is, it's fairly easy to identify: it grows directly from wood; it can be found from the fall through early spring (sometimes year round). I almost always find it on fairly well-decayed wood that is covered in moss. It has a sticky cap (up to 4 cm across) that is typically convex. The gills are either attached or slightly decurrent. The stem is typically around 4 mm wide and a few centimeters long. It will usually have a ring or at least the remnants of a ring. The cap darkens red in KOH (see last picture) and the spore print is rusty brown, like the mushroom itself. This mushroom is also known as Galerina autumnalis.