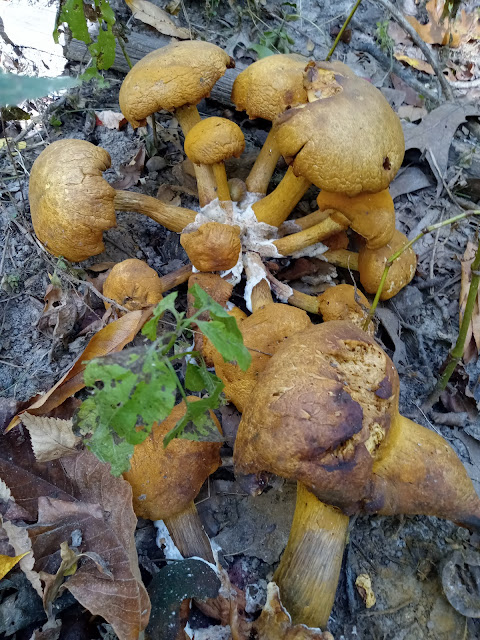 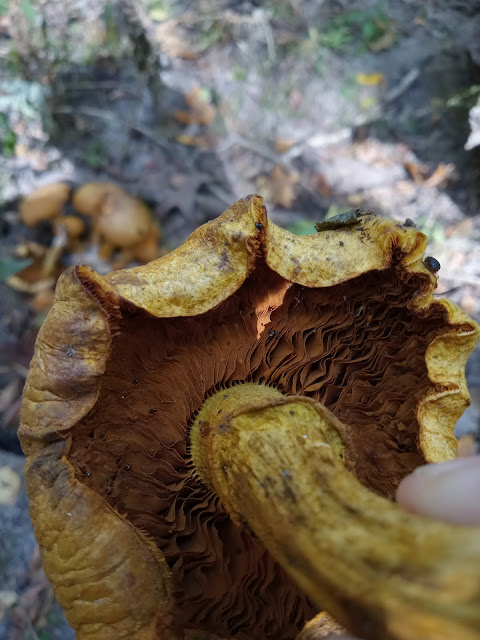 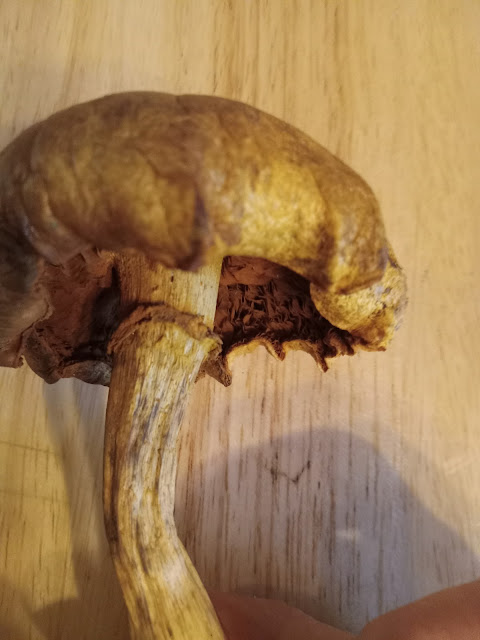 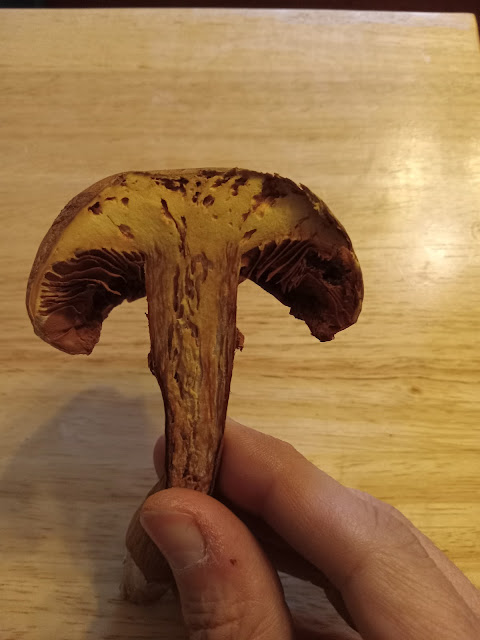 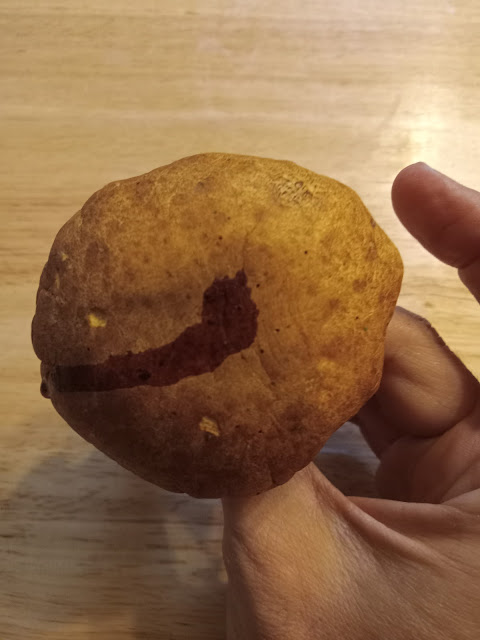 Gymnopilus validipes, probably. This batch was in sorry shape, so my identification is tentative. But given how dry it's been, I can't be too picky about what I choose for the blog. These were growing in a cluster from a well-decayed stump at Eldon Hazlet State Park. At first, I thought it was the Jack O'Lantern, but then I noticed that the gills were notched rather than decurrent and that some of the mushrooms had rings. The mushroom was quite robust. The cap darkened in KOH. (See last photo above.)
Arora describes the Gymnopilus genus as medium to large mushrooms that grow on wood with dry caps that are smooth or scaly. The gills are notched to slightly decurrent. The stalks are more or less central. The spore prints are orange to bright rusty-brown.
Paul Stamets writes about this mushroom in Psilocybin Mushrooms of the World. He lists it as weakly to mildly active. It's found in the United States and Europe.
Initially I thought this was Gymnopilus junonius, formerly known as Gymnopilus spectabilis, but the specimen I nibbled lacked the bitter taste of that species.
The specimen I brought home was dried, so I put it in a tub with a humidifier in order to get a spore print. 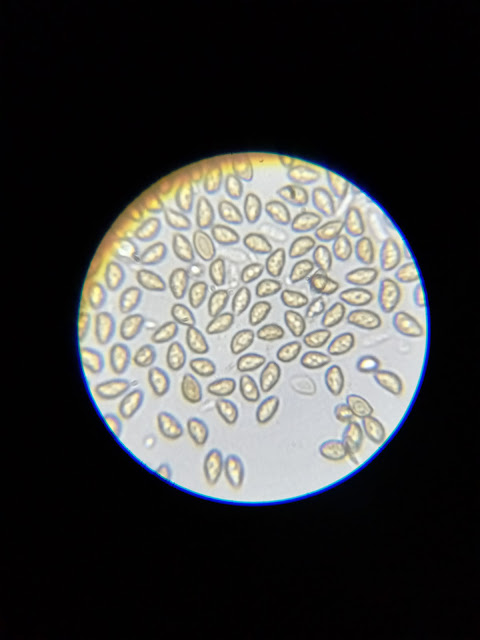 The spores measured 10 μm across. I also found the critter below (40x magnification) who not long ago was probably dining on psychoactive spores: 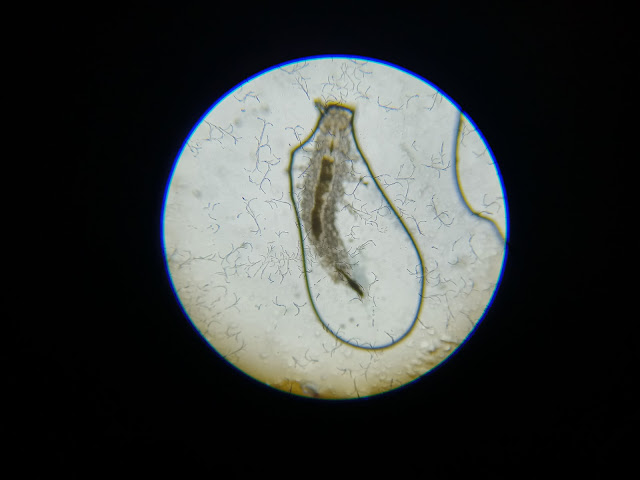