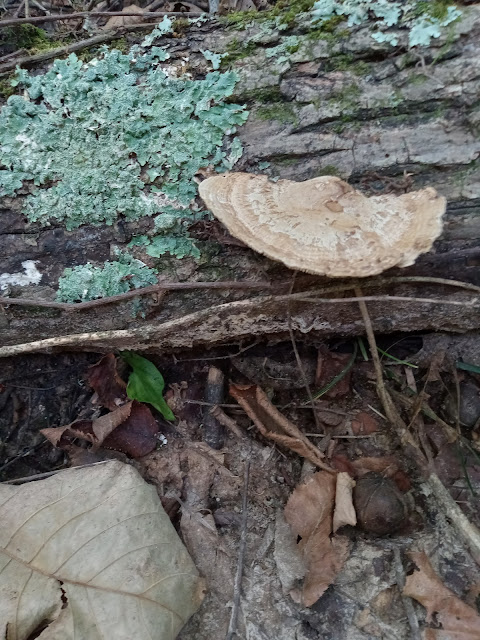 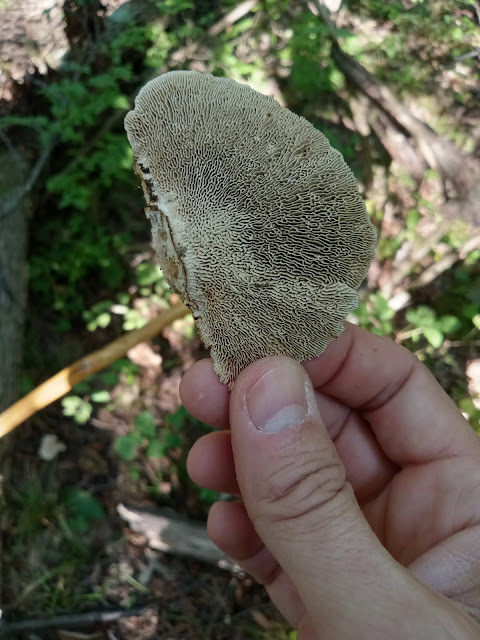 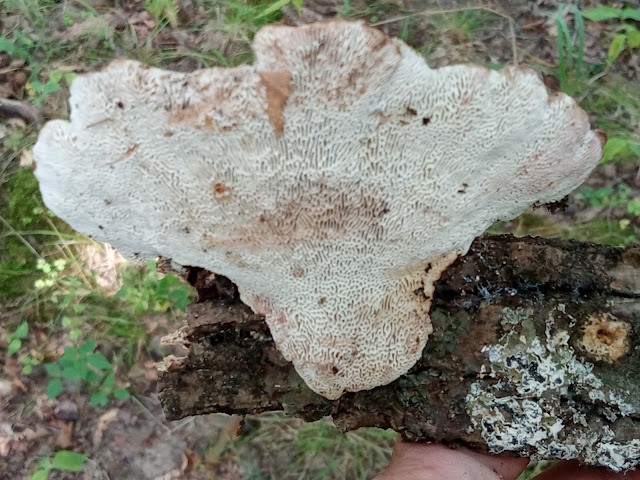 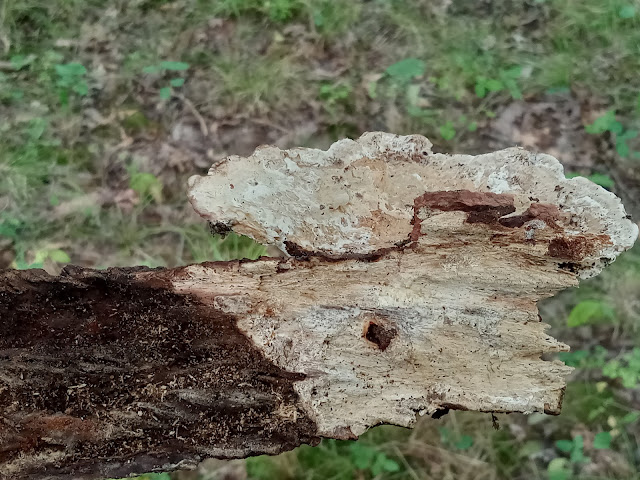 Daedaleopsis confragosa. In Greek mythology, Daedalus was the father of Icarus and the architect of the labyrinth that imprisoned the Minotaur. Confragosa means rough and scaly. The pores are conspicuously labyrinthine and bruise light brownish red. The cap is a light color and becomes more concentrically zoned in age. One specimen was 7.5 cm wide; the other, fresher specimen was 10 cm. They can be up to 16 cm wide. In the third photo it looks like the mushroom has a stalk, but it's just resupinate there. Kuo says the mushroom turns dark gray to black in KOH. My reaction was dark brown. This mushroom causes a white rot, as you can see in the last photo. I'm not sure what kind of tree it was growing on. It might have been Sassafras, Sassafras albidum. I see this mushroom most often on Willow.

Daedalea quercina is very similar, but it doesn't bruise, has thicker pore walls, causes a brown rot, and prefers oak.

Arora says Daedaleopsis ambigua "is a similar southern species with a whiter cap." He describes D. confragosa as "reddish-brown to brown to grayish, sometimes blackish in old age" (p. 588). Polypores and Similar Fungi of Eastern and Central North America does not list D. ambigua but describes D. confragosa as "yellow-brown to reddish brown or grayish brown" (p. 111).  Kuo writes on themushroomexpert.com:  "In central Illinois, two distinct versions of Daedaleopsis confragosa are relatively common. The first is the 'classic' version, with a zoned, brown cap. It grows on a variety of hardwoods, but seems to have a particular taste for the wood of dying flowering dogwood trees (Cornus florida). The second version . . . is nearly white, but otherwise more or less identical."

The following three photos were taken January 3, 2023. The mushroom was growing on a dead standing tree that fell over. The mushroom fruited again perpendicularly from its first growth on both the cap side and fertile surface. 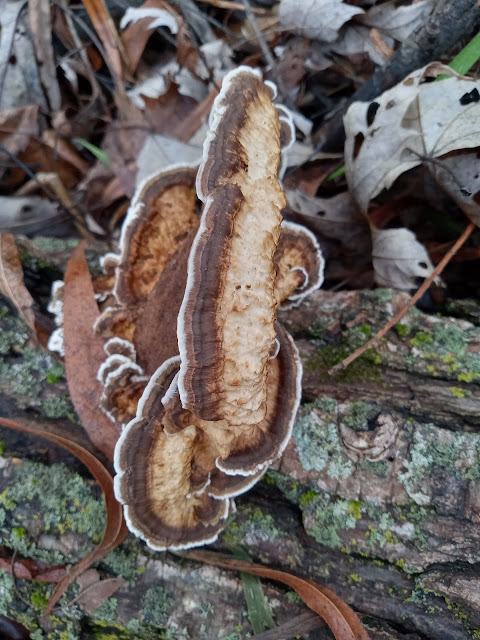 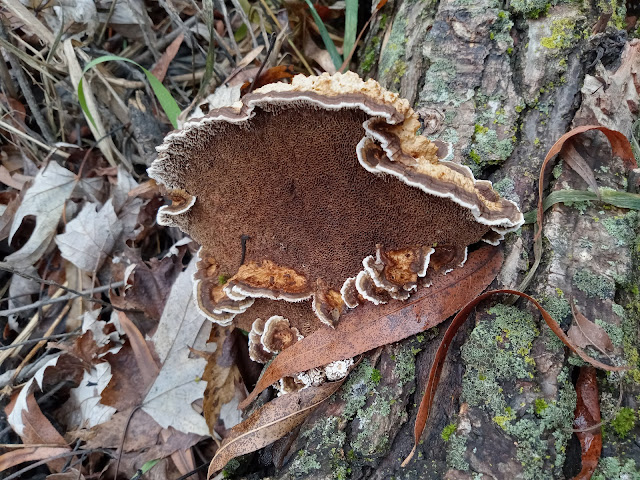 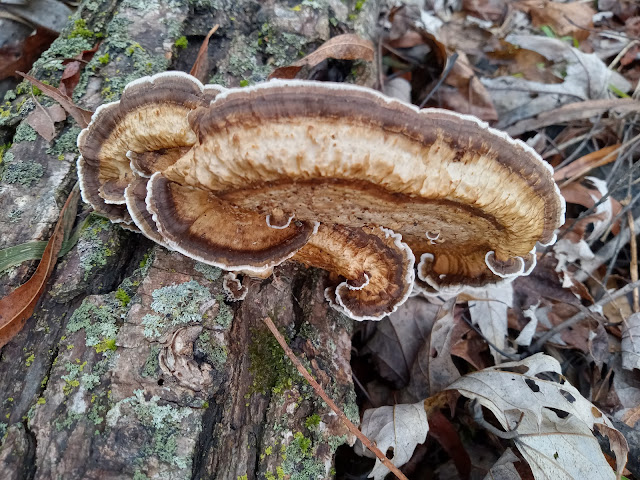