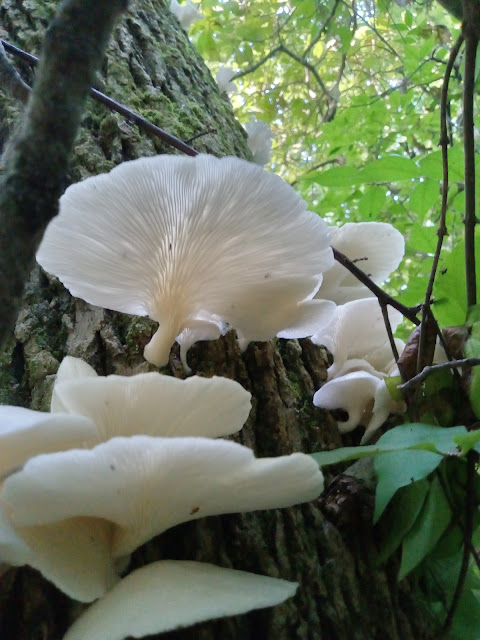 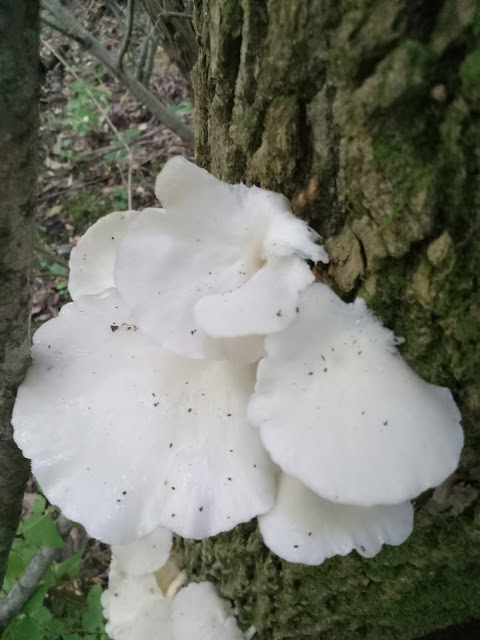 Pleurotus pulmonarius is a striking mushroom. It's called the Summer Oyster, but it occurs in the fall, too. The similar Winter Oyster, Pleurotus ostreatus, grows in the fall, winter, and spring. It's more brown and yellow than the Summer Oyster and doesn't have so pronounced a stalk. The Veiled Oyster, Pleurotus dryinus, is white like P. pulmonarius and also grows summer and fall, but it is hairy/cottony and will have veil fragments on its cap margin and a faint ring on its stalk. All three have decurrent gills and grow on hardwood. The best way to identify Oysters is by their smell. Most people describe it as a fishy smell, but once you smell it in person, you simply recognize it as the Oyster smell.

The one lookalike I know of is Pleurocybella porrigens, the Angel Wing mushroom. It's smaller than P. pulmonarius and grows on conifers. As far as I know, this mushroom does not grow in our area.

Oysters can be found year-round in our area, are easy to identify, and are quite good to eat so long as you harvest them fresh.