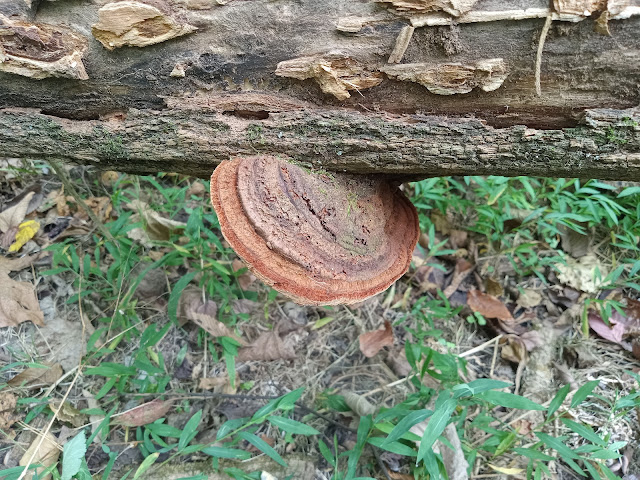 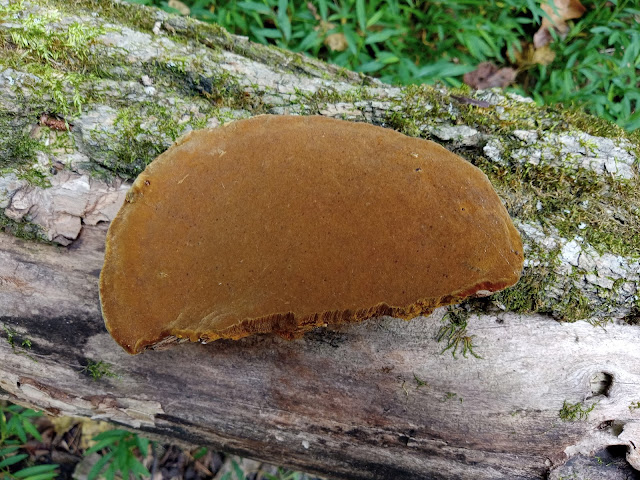 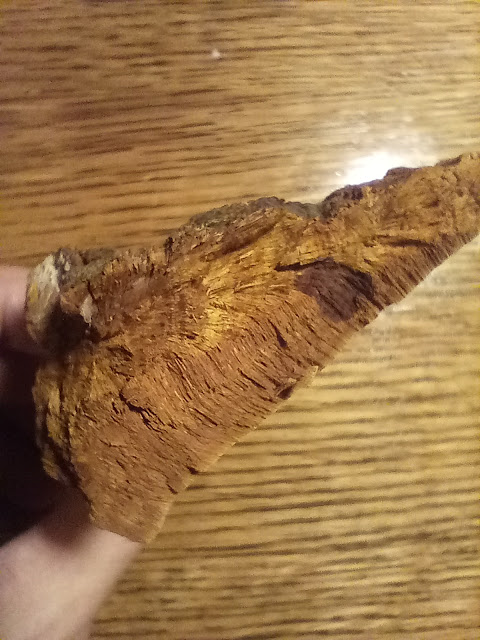 The Pine Conk's current scientific name is Porodaedalea pini. The older name is Phellinus pini. As expected, the Pine Conk grows on Pine. This one, however, was growing on dead hardwood (possibly an Elm), though it was in a Pine plantation at Panther Den in the Shawnee National Forest.
A very woody mushroom with a little moss growing on its sessile cap, it measured 11 cm wide and 4 cm thick at the point of attachment. It protruded 6 cm from the tree trunk. Throughout, it was various hues of reddish brown. The upper surface was very rough and uneven, concentrically zoned near margin. The pore surface did not bruise and was very smooth, even silky, and the mostly round pores were approximately 5 per millimeter. It had three layers of pore tubes; the largest layer (the middle) was 5 mm thick. The margin was upturned. It stained dark in KOH, as seen in the last photo. It had no discernible odor.
Arora says the pores of the Pine Conk are 2-5 per millimeter. Bessette says 1-3. Kuo describes them as "1-4 angular to nearly slot-like pores per millimeter." I found only a few that were slot-like; most of them were circular, and though I list them as 5 per millimeter, some might have been 6 per millimeter.
Given the smallness of the pores and the growth on hardwood, this might be better described as a variety of Porodaedalea pini.