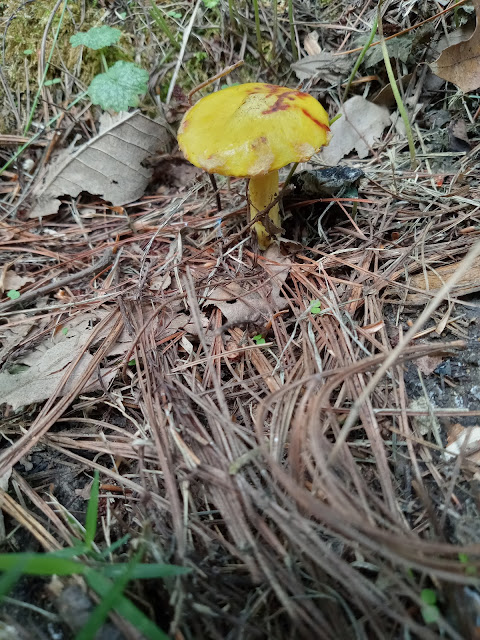 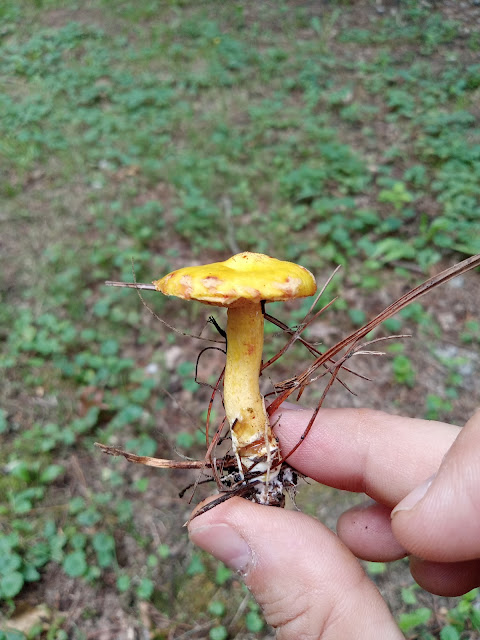 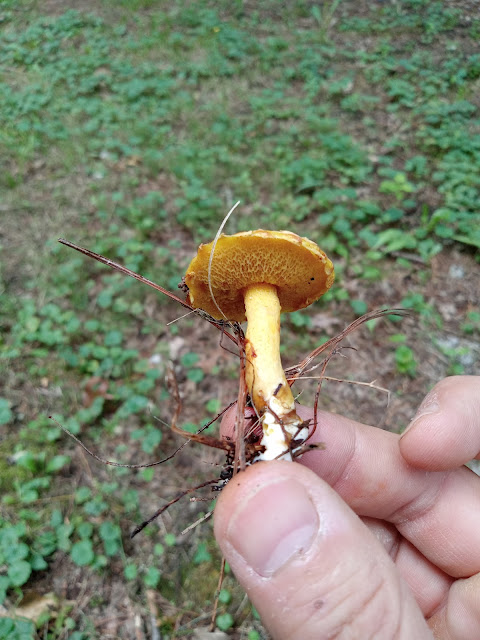 I like to think there's a Delta Blues man named Chicken-fat Suillus. If not, well, the world's still young.
This is a delightfully easy mushroom to identify. Really all you need to do is find a White Pine this time of year, and White Pine (Pinus strobus) is easy to identify since it has five needles per bundle. You can remember that because white has five letters. Red Pine (Pinus resinosa) has two needles per bundle.
If you find White Pine, look for a sticky, slimy yellow mushroom with a cap and stem. The pores are angular and somewhat radial. It will bruise reddish.
It's edible, but, as they say, not choice.
The scientific name is Suillus americanus. Another great common name for it is American Slippery Jack.
Bessette, Roody, and Bessette write in Boletes of Eastern North America:
"In 1729, Pier Antonio Micheli (1679-1737) first erected the genus Suillus. Because this genus predated the accepted start date of Linnean taxonomy in 1753, it was not considered valid until 1821, when British botanist Samuel Frederick Gray (1766-1828) used it to describe a group of mushrooms in his work A Natural Arrangement of British Plants (1821)" (p. 316).