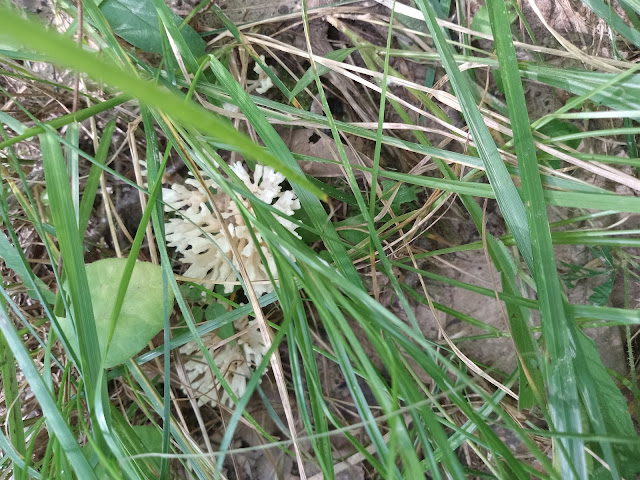 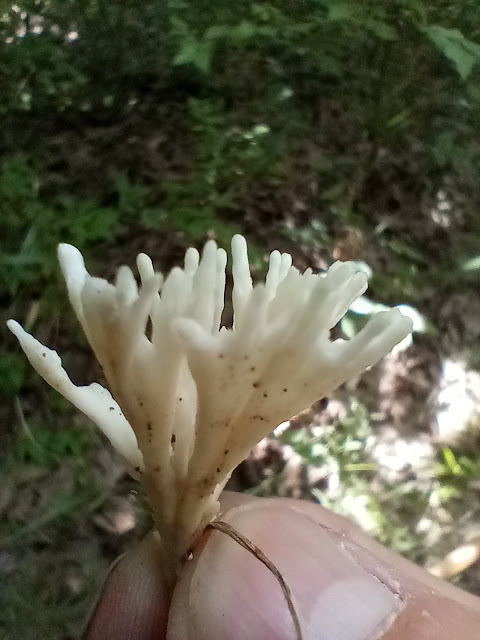 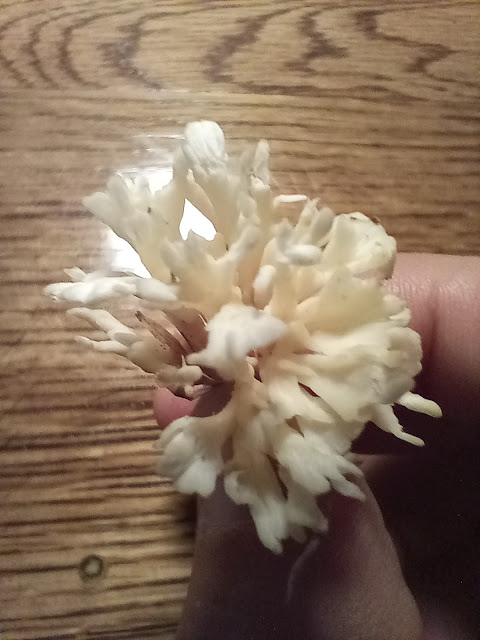 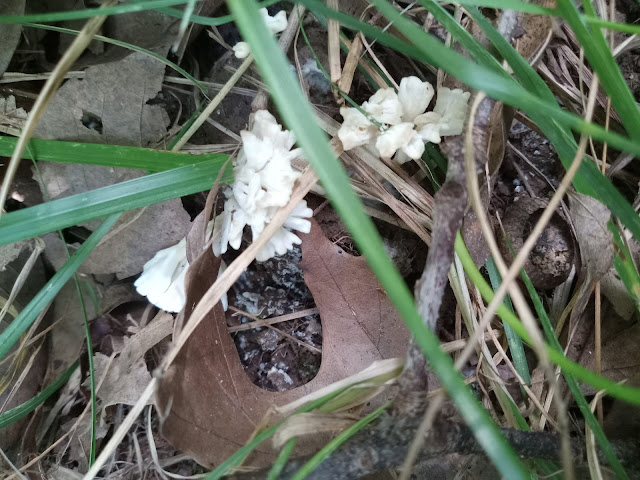 This is typically known as Tremellodendron pallidum. But Index Fungorum says Sebacina schweinitzii is its most current name. And The Mushroom Expert says it should be called Tremellodendron schweinitzii. He also says that it "is by far the most common of the coral mushrooms--except that it's not, strictly speaking, a 'coral mushroom.' Believe it or not, mycologists place it with the jelly fungi, on the basis of the microscopic structure of its spore-producing basidia." It's unpleasantly complicated.
What's more, there are a number of similar coral fungi. Arora says this one "can be distinguished from other whitish coral fungi by its tough or tenacious texture and flattened branches" (p. 644). Most of these were 4 cm tall. I found them on a grassy path in the woods. Note the white spots on the ground in the last photo. These spots will eventually develop into the mature specimens pictured here.
Compare Crown-tipped Coral which grows on wood.