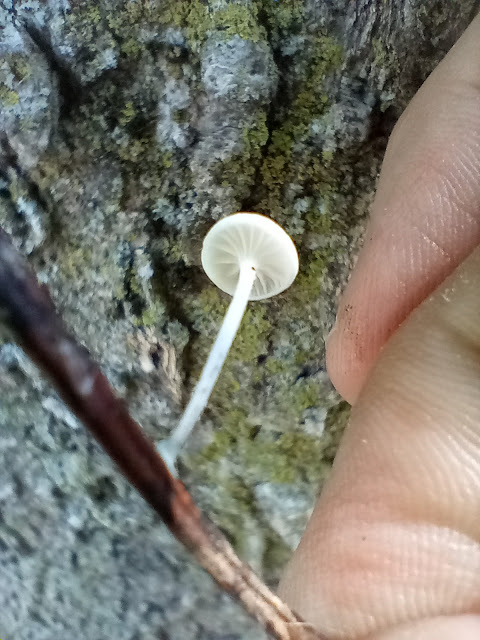 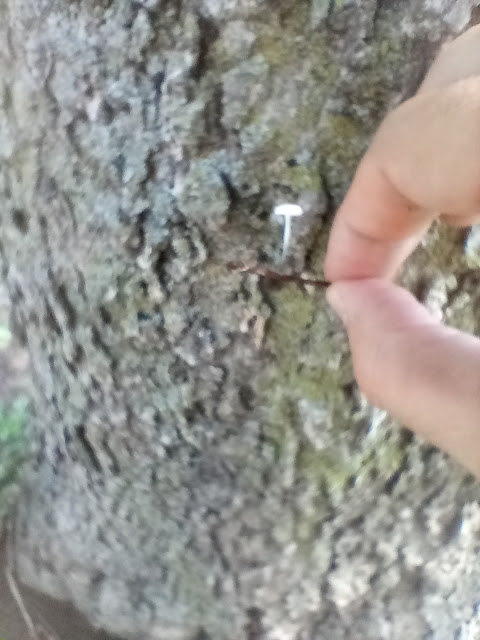 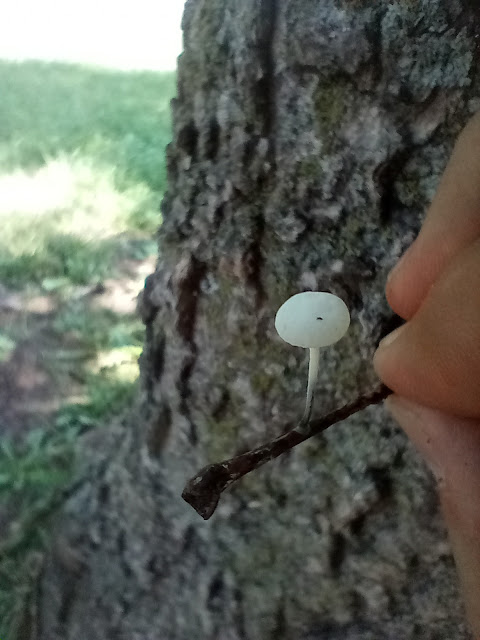 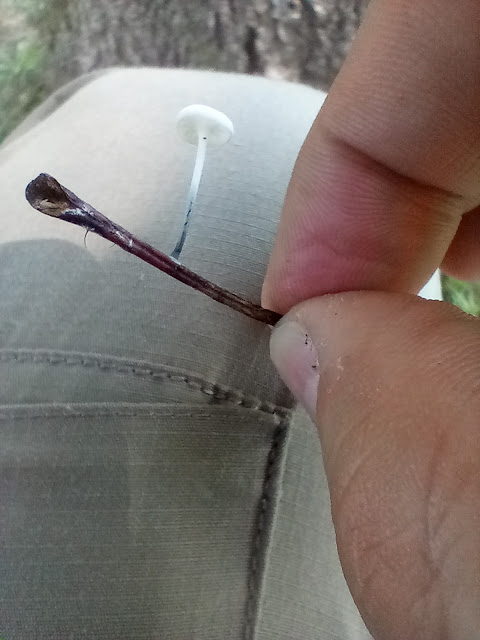 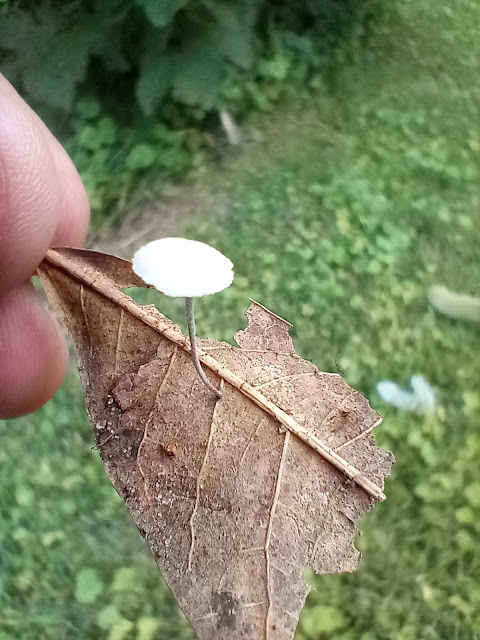 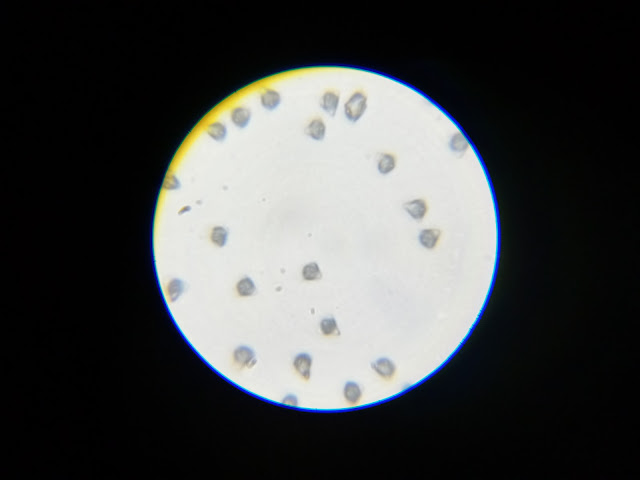 Black-stalked Marismius, Tetrapyrgos nigripes, is similar to the Pinwheel Marasmius, but the two key differences are that Tetrapyrgos nigripes has tiny white hairs on its stalk and doesn't have a pleated cap. The gills are distant and slightly decurrent. The stalk is white and darkens from the base upward. This mushroom lacks basal mycelium and grows directly out of the substrate.
Though my photo is poor, the spores look like four-pointed pears, which I believe is the reason for the genus being named Tetrapyrgos. Tetra means "four," and pyr can be either "fire" or "pear."