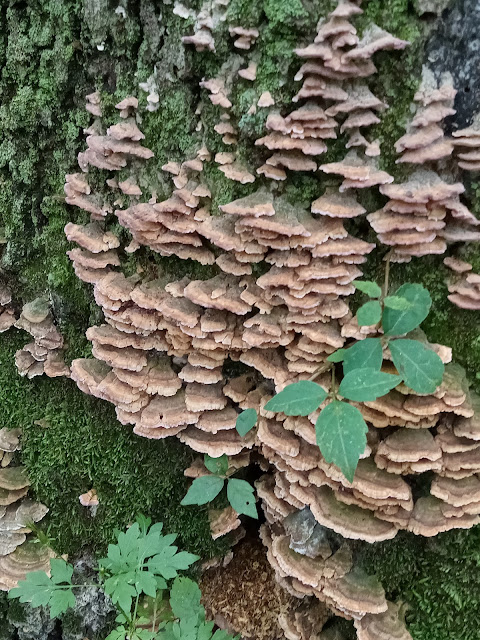 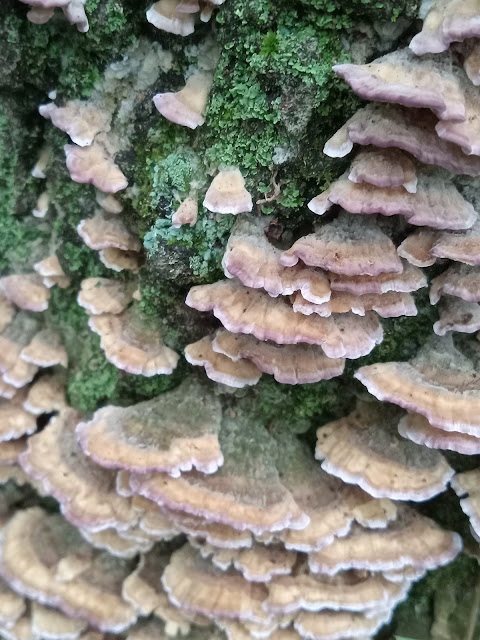 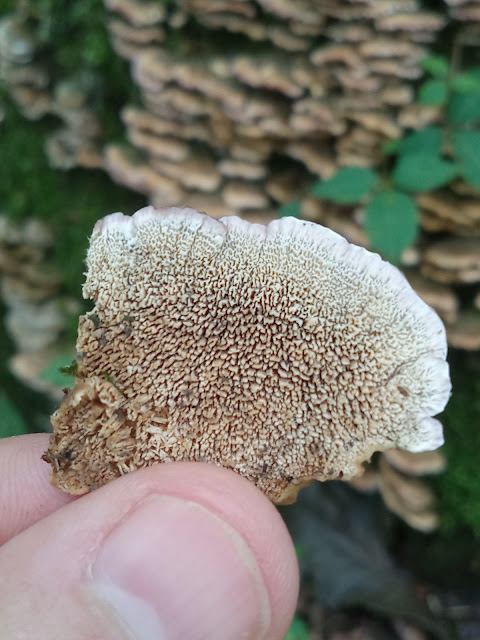 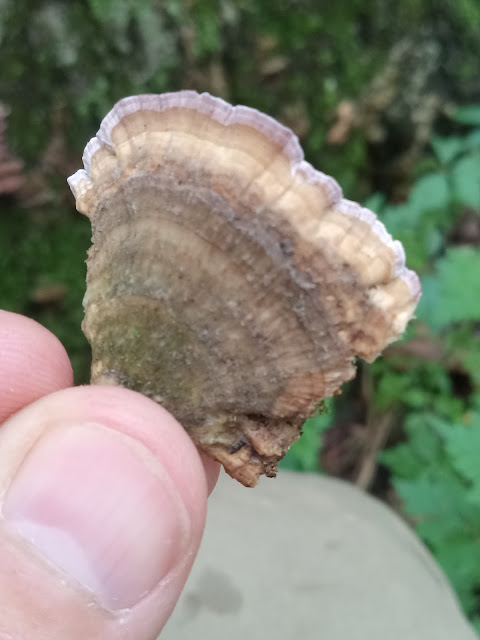 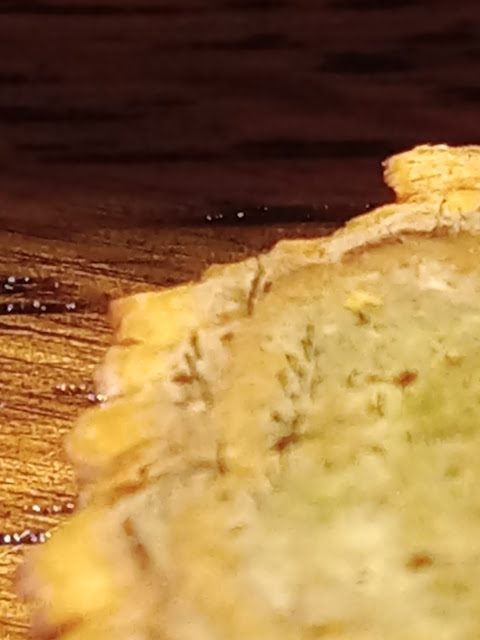 The Violet Toothed Polypore, Trichaptum biforme, could easily be misidentified as a Trametes species were it not for the teeth on the fertile surface. This mushroom is typically between 2 and 9 cm wide, thin, and zonate (though not as distinctly as Trametes versicolor). It has a velvety upper surface that becomes glabrous with age. A key feature is the violet (sometimes brownish) margin. Trichaptum biforme will sometimes develop algae, as these have. When they do, if you look closely with a hand lens, you will see Fairy Pins. (See the last picture.)  As Bessette writes in Polypores and Similar Fungi of Eastern and Central North America: Fairy Pins are "the dark olive-brown to blackish fruitbodies of Phaeocalicium polyporaeum. . . . They are the sexual reproductive structures of a parasitic, nonlichenized fungus" (p. 355). These can also be found on Trichaptum abietinum (a closely related species that grows on conifers) and Trametes versicolor.