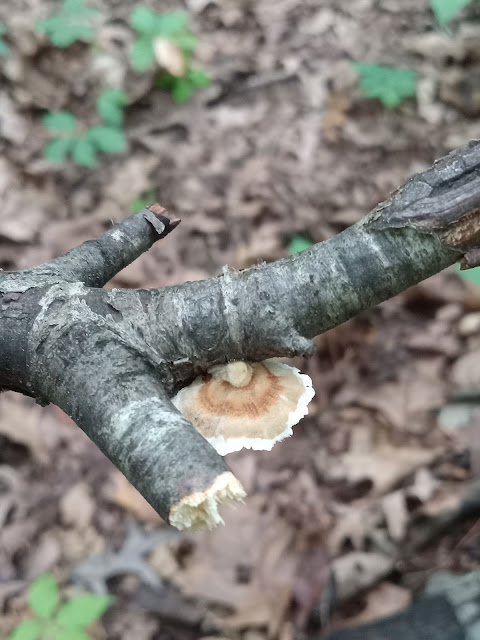 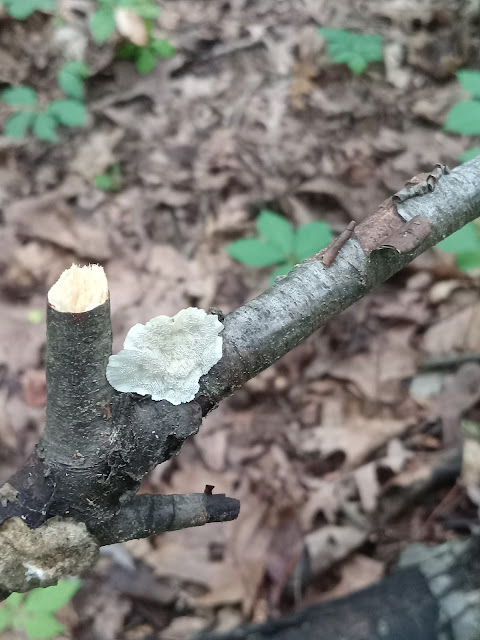 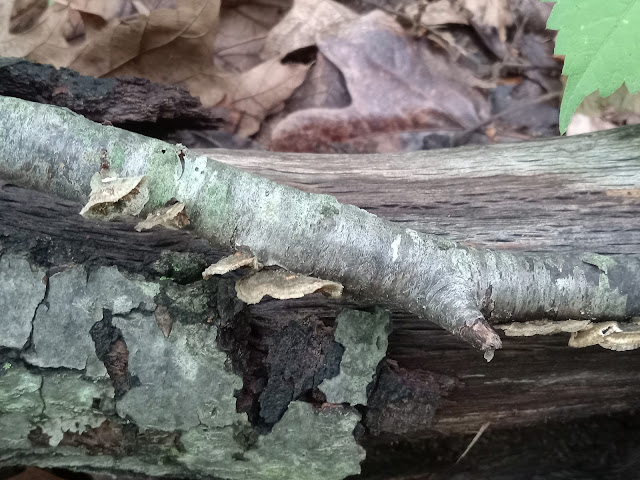 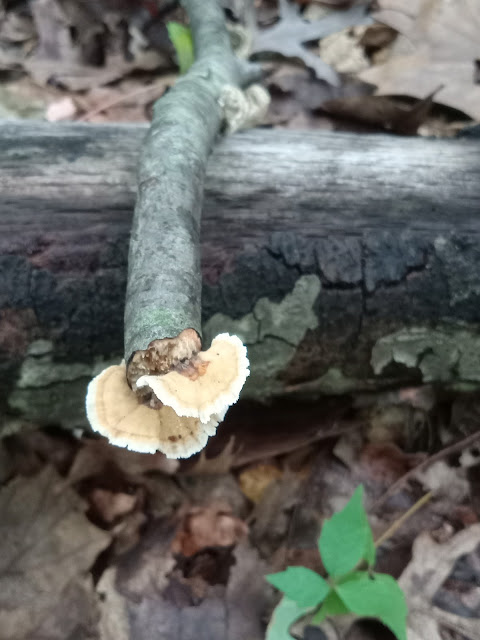 I found these growing on a stick. The fresh specimens measured no more than 2 cm across and were less that 2 mm thick. They were fresh, and I could easily tear them. They were distinctly hairy--the hairs are sometimes upright, sometimes more tomentose. The caps were concentrically zoned and somewhat concentrically sulcate. The mushrooms had a noticeable odor when torn that I would describe as somewhat anise-like. At the least, it was a sharper smell than your typical mushroom smell. The pore surface was cream colored. The pores were angular and irregular, becoming somewhat tooth-like. I'm not entirely confident in my identification. These specimens were quite young. I should have studied the older specimens on the same stick more closely.