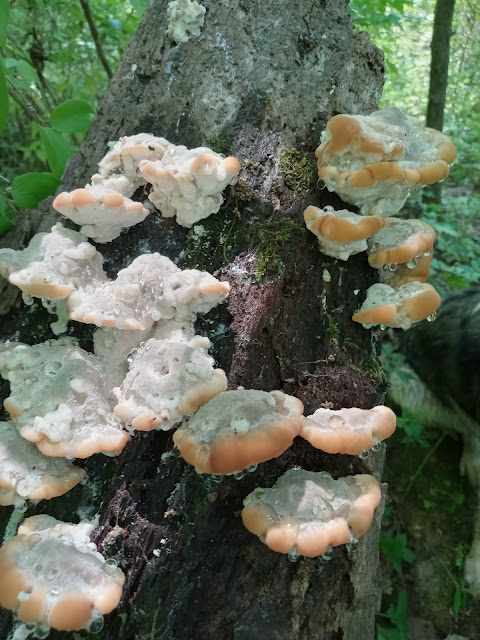 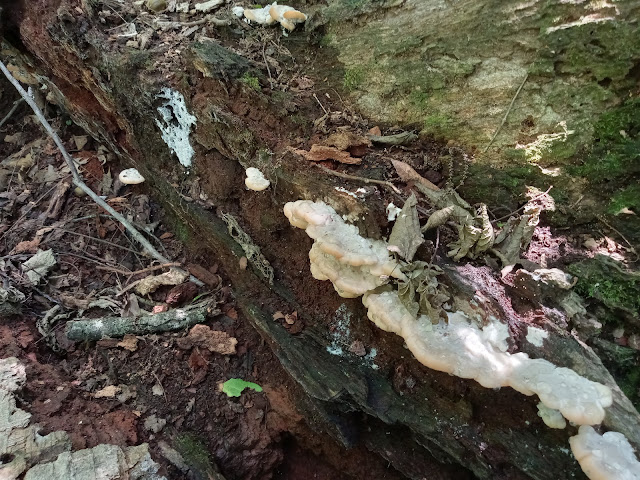 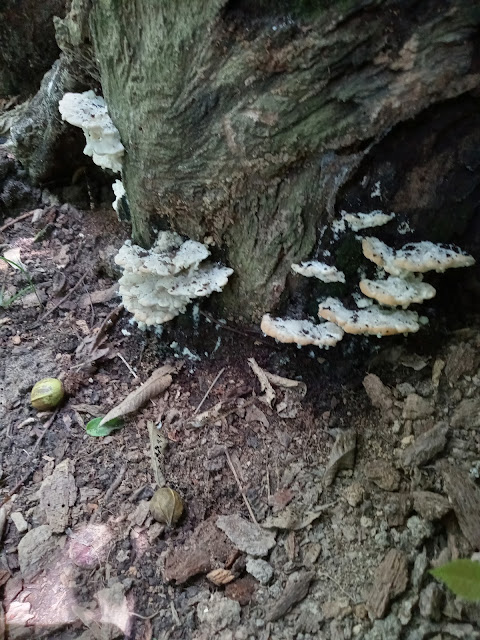 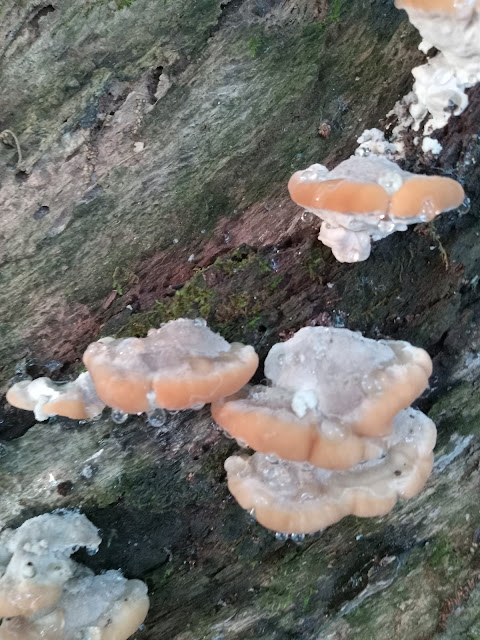 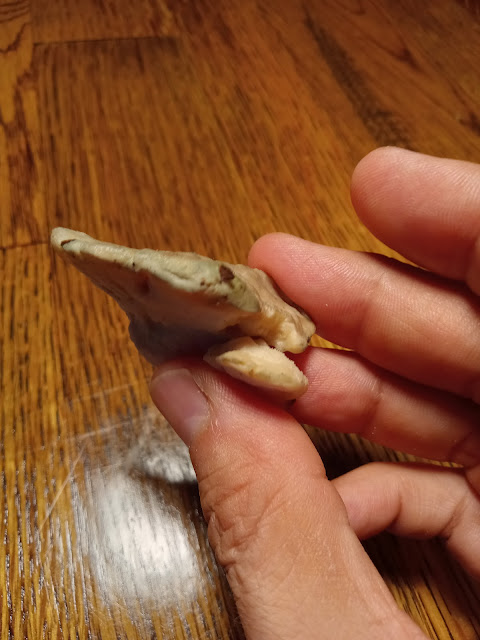 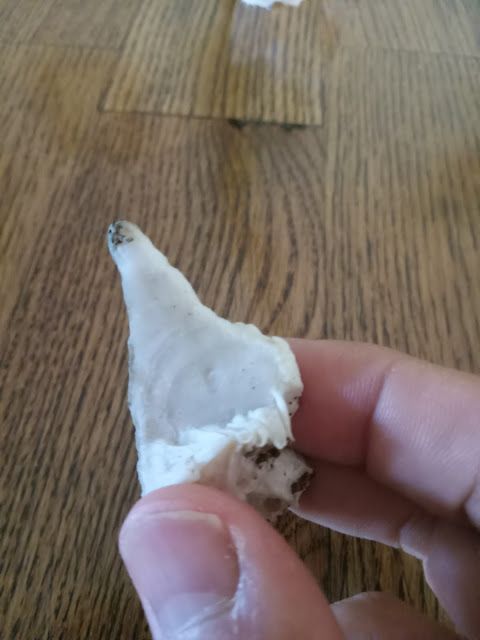 Niveoporofomes spraguei, Sprague's Polypore, also has the common name Blue-cheese Polypore, which is applied to the similar species Postia livens, too. This mushroom has a number of distinct features: The flesh is distinctly zoned gray and white, as you can see in the last picture. The mushroom stains gray-green, as you can see in the second-to-last picture, though this effect can take time. The pores are mostly round, sometimes angular, and there are approximately 3-4 per millimeter. The mushroom is azonate with a brown margin that can be thick or thin. It's very tough: I could not tear it, but it was also very squishy, and water can be squeezed out of it. In the first picture you can see how it exudes water droplets. It is fan-shaped or irregular and the various mushrooms measured roughly from 5 to 10 cm across. It has a very distinct odor that is identical to the smell of my mystery polypore, so I plan to do so more research to see if this one can help me identify the other. This one causes a brown rot. A synonym is Fomitopsis spraguei.
The weather is oppressive today: mid-nineties with a dew point at seventy-six degrees. Even so it is also prime Chanterelle season. Here's a picture of some I harvested today: 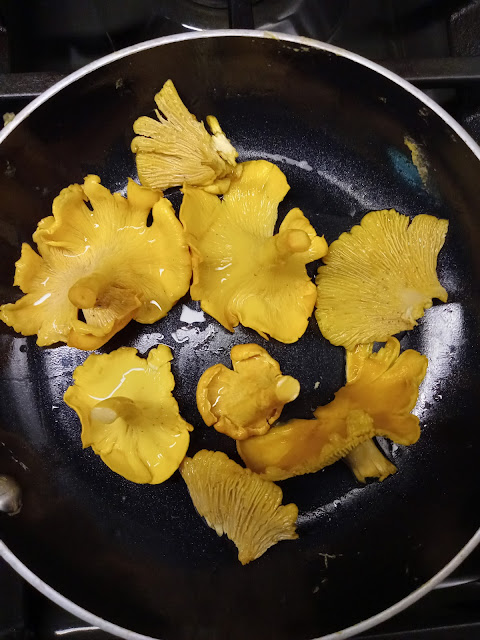 One last picture: Here's a photo of the above Sprague's Polypore taken on September 8: 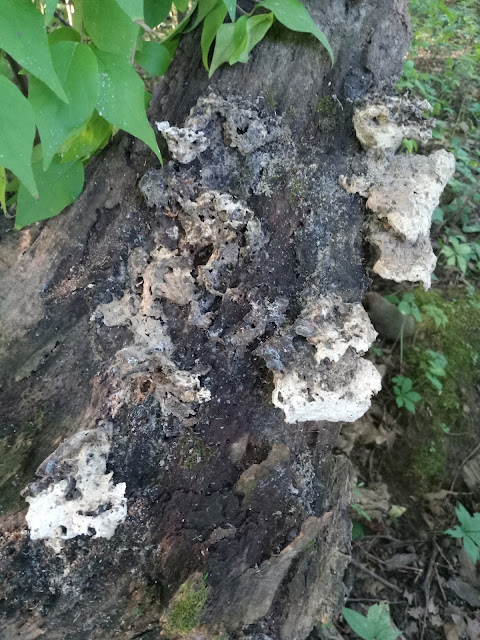