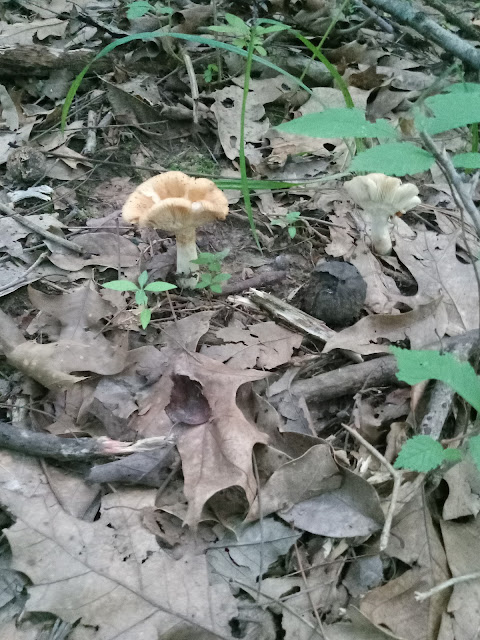 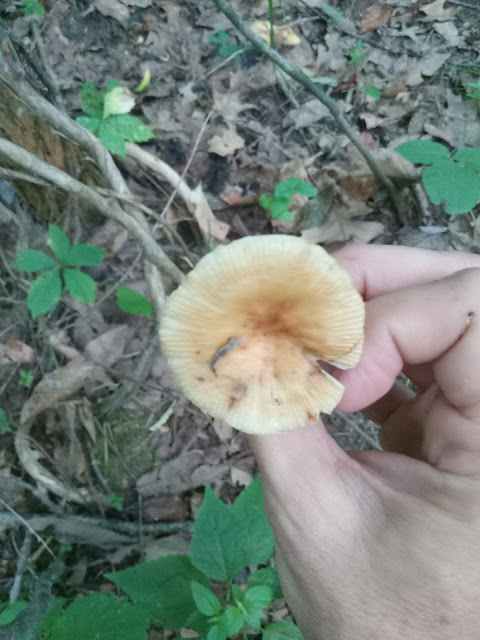 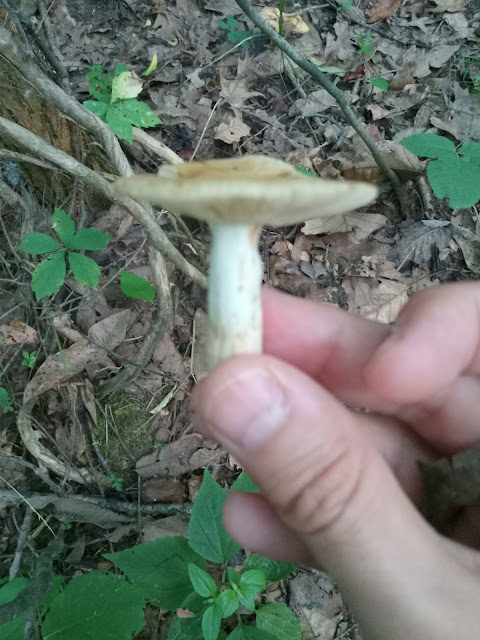 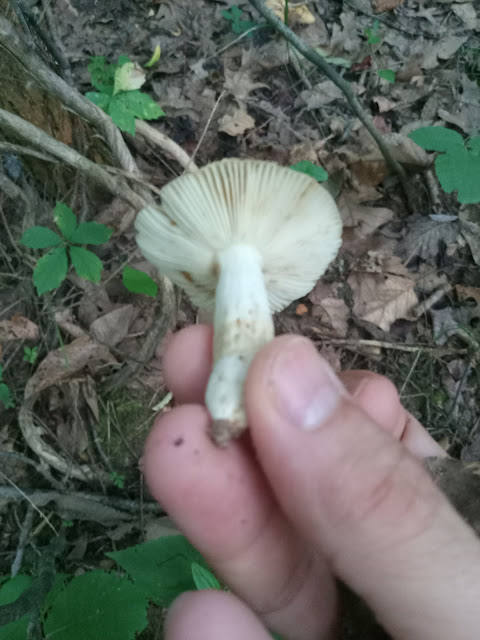 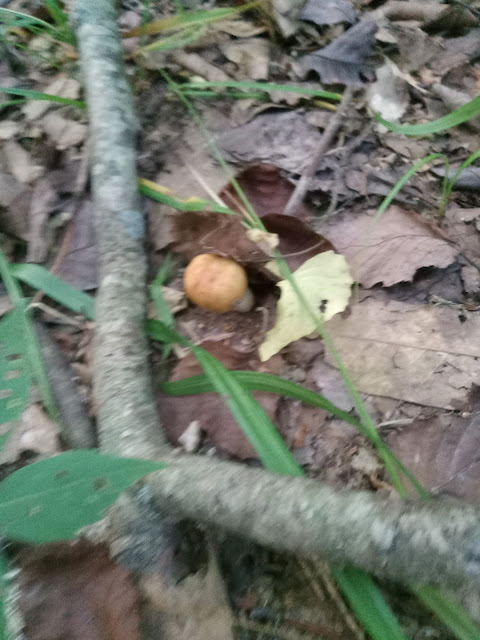 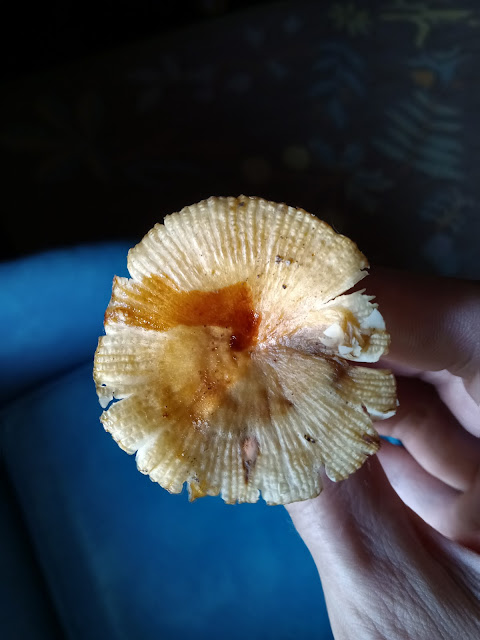 I found several of these growing scattered in the woods. I'm identifying this as Russula earlei, but Kuo lists distant gills as a key feature of this mushroom. I wouldn't describe these as distant. Even so, it checks off the other boxes: the cap is yellow-brown, sticky and measures around 5 cm across. It's flat, becoming depressed in the middle, and the cuticle doesn't peal easily. The margins are striate (another feature not listed for this mushroom). The stem, mostly hollow and somewhat smooth and waxy, 1.5 cm wide and 5 cm tall. The gills, attached or slightly decurrent. The mushroom is brittle, typical of Russulas. In the last picture you can see the red-brown color produced by KOH. The taste is mild/not distinctive. The spore print is white.
Russula compacta has a foul, fishy odor, and KOH is olive-green on the cap.
Russula densifolia, KOH is negative on the cap and is supposed to bruise reddish. This didn't.