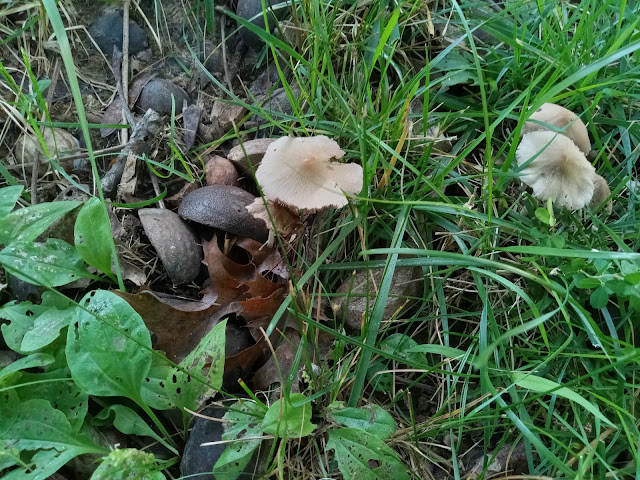 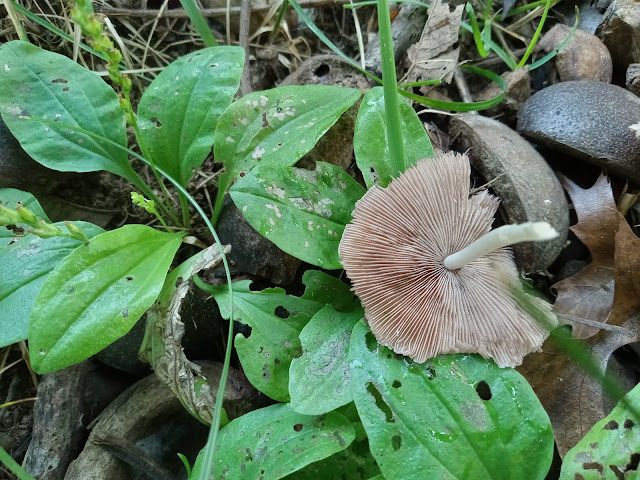 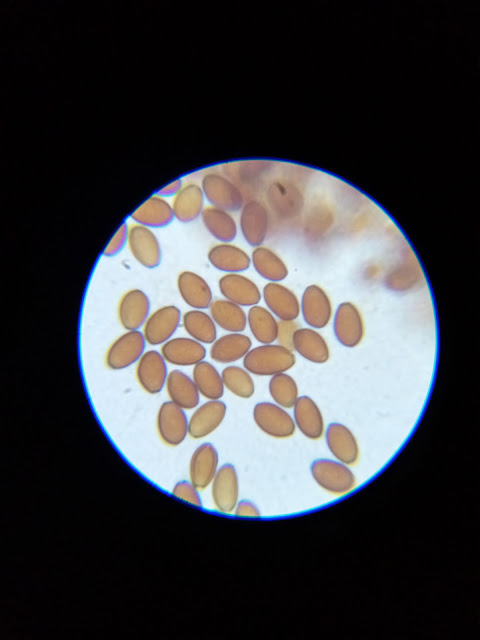 I'm not positive in my identification, but this is likely Panaeolus foenisecii. Little Brown Mushrooms (LBMs) are notoriously difficult to identify (and potentially dangerous). But this one fits the bill fairly well: It is conical becoming convex, umbonate or nearly plane. Several of them were light tan; some of them darker. The cap on most of them was 3.5 cm, and the nearly white stalks were all less than 3 mm wide and 6 cm tall. The stem was more or less equal and very delicate, like Conocybe apala. The gills were brown and the spore print a dark brown. The weather is typical July: hot and muggy, and I found these growing in the grass.
This mushroom is included in Paul Stamet's Psilocybin Mushrooms of the World, but unlike other Panaeolus spp., this apparently contains little to no psilocybin or psilocin. I put the spores in KOH, which turned them a darker brown-red.