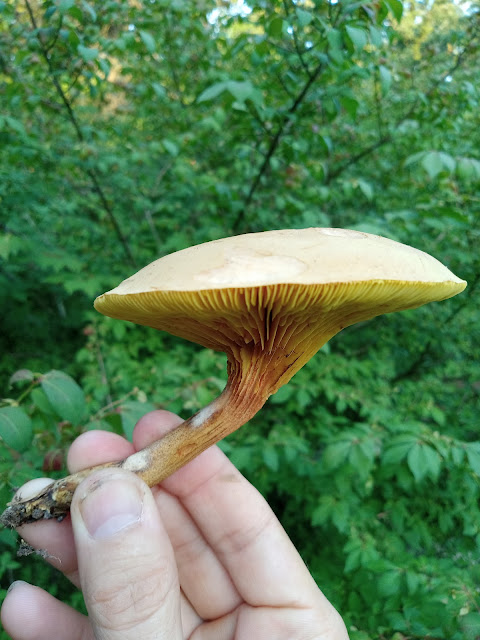 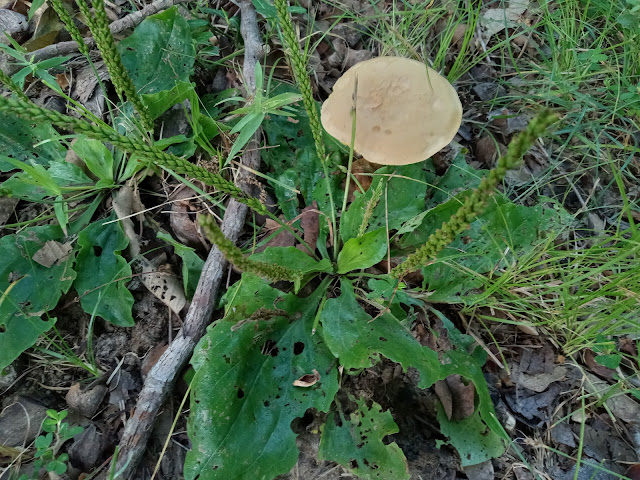 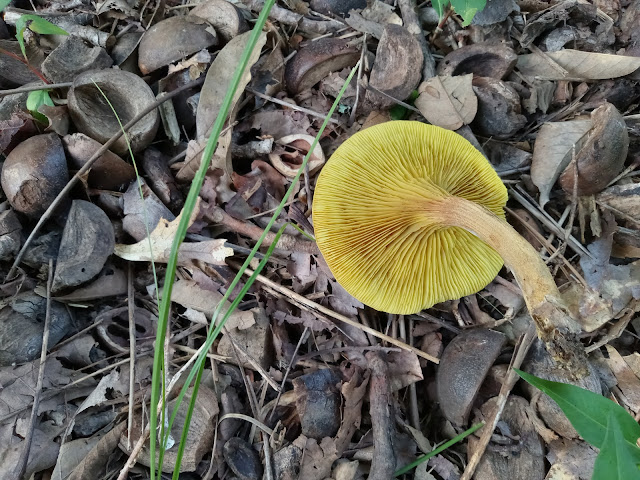 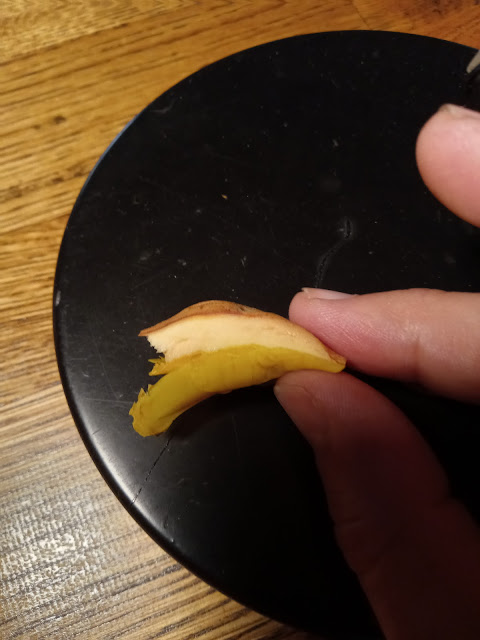 The common name for Phylloporus rhodoxanthus, Gilled Bolete, is quite good: from above you think you have a bolete; from below you got gills. This species is mycorrhizal with hardwood. I found this one with Shagbark Hickory (Carya ovata). This specimen measures 8.5 cm across with a curved stem approximately 6 cm long and 7 mm wide, tapering somewhat toward the base. This mushroom has close gills that are yellow becoming dingy yellow. They're strongly decurrent so that the stem is somewhat ridged. The stem is tough and fibrous. The cap is flat, convex, and finely velvety. Field guides often show the color as dark rose-pink, but Kuo says the color is variable. This one has a light brown cap. The spore print is brown-ochre. It does not bruise.
I removed the gills and cooked it olive oil. It had a mild flavor with a strange aftertaste. After I wrote that last sentence I thought: those might be the last words I ever write. (Update: still alive and well.)
The following two images were taken on July 24. This one had been growing next to a bag of mulch, which presumably prevented the cap from opening all the way, leading to the ruffled margin. 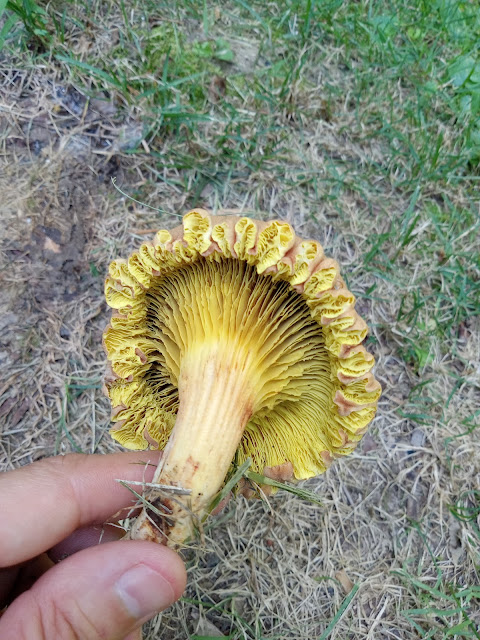 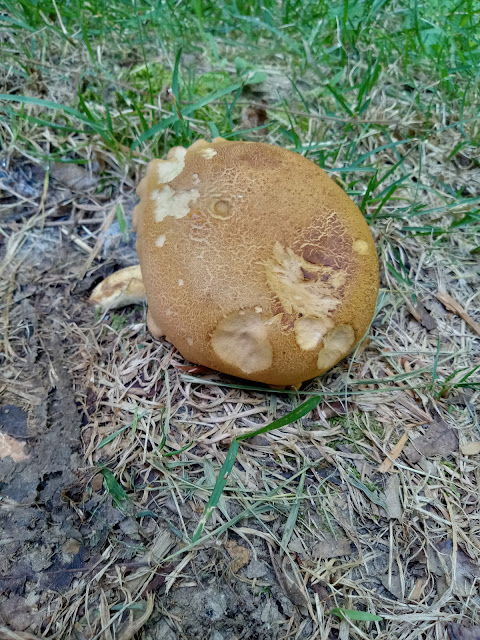