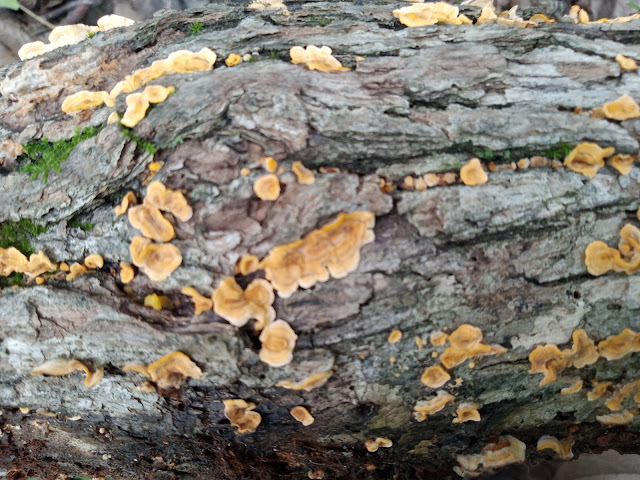 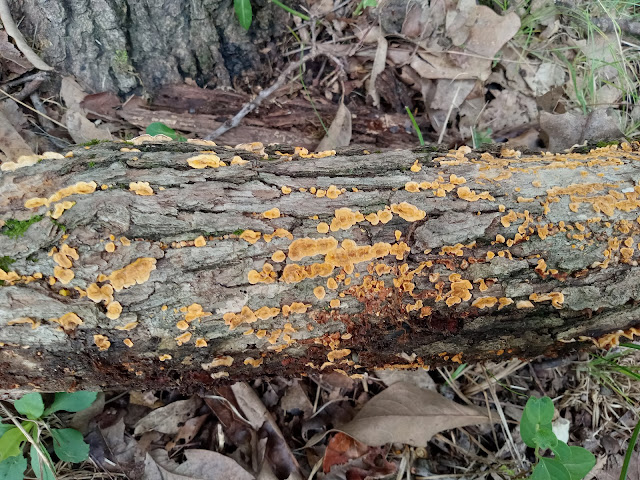 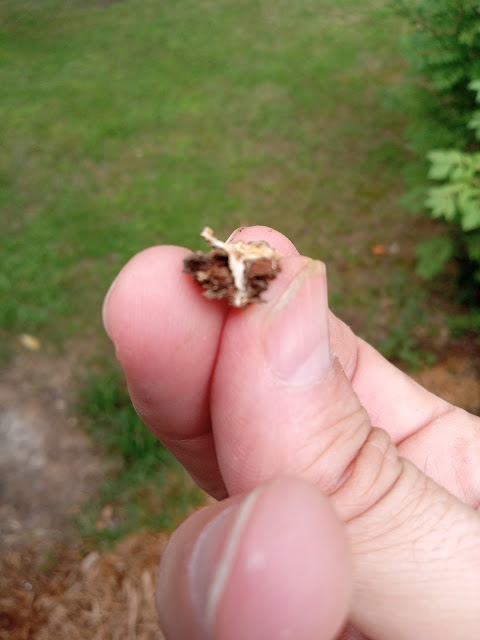 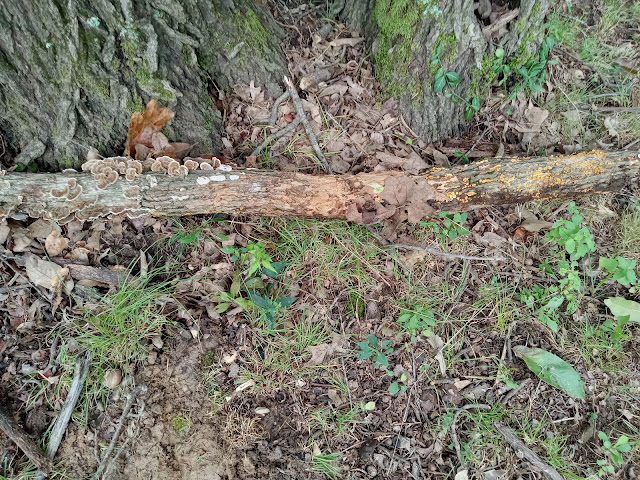 Crowded Parchment, Stereum complicatum, is not the most photogenic mushroom, but it might be the most common. It prefers oak, and often grows next to Turkey Tail, as this one is (see the last picture). These often grow resupinate. The species name complicatum means "folded back on itself," which refers to the way the margin will curl back on itself. Individual caps can be 2 cm across and are very thin (.4 mm thick). They typically fuse laterally. Notice in the second-to-last picture how you can see the mushroom growing between the gap in the bark and then spreading out on the surface. These mushrooms are typically an orangish hue. Bessette says that the upper surface is "coated with whitish, silky hairs that are appressed toward the margin and erect toward the point of attachment." This is true of these, though it was difficult to tell even with a hand lens.