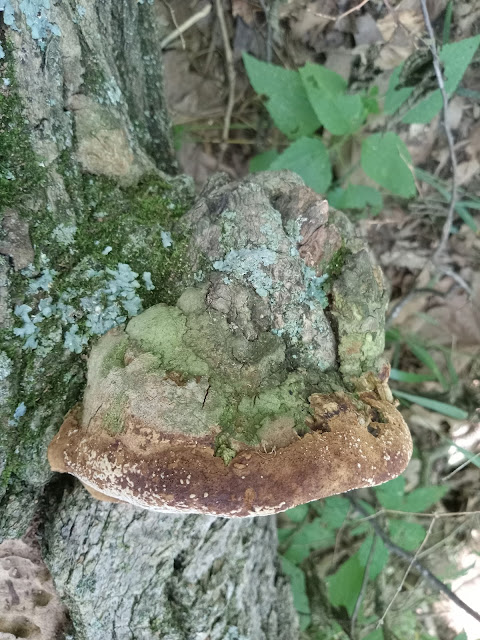 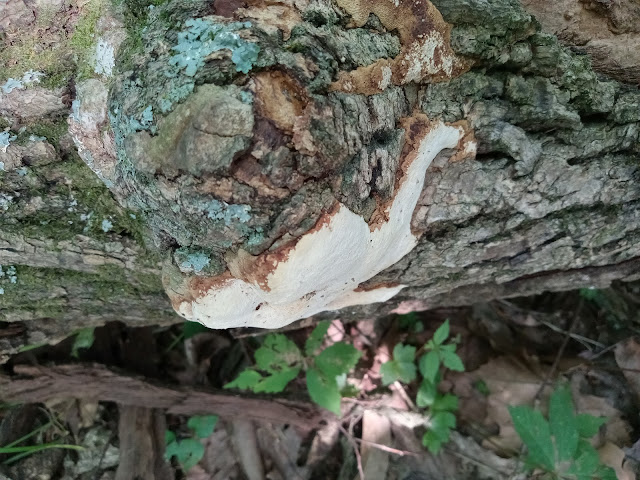 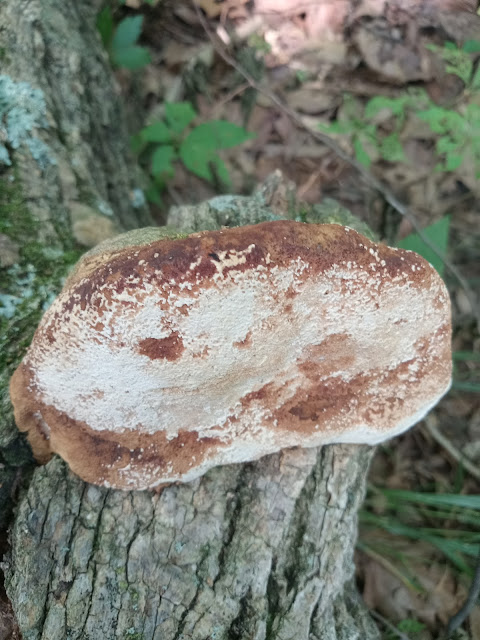 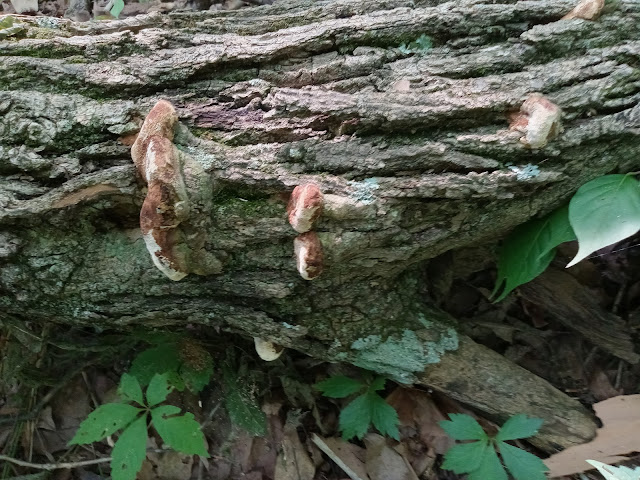 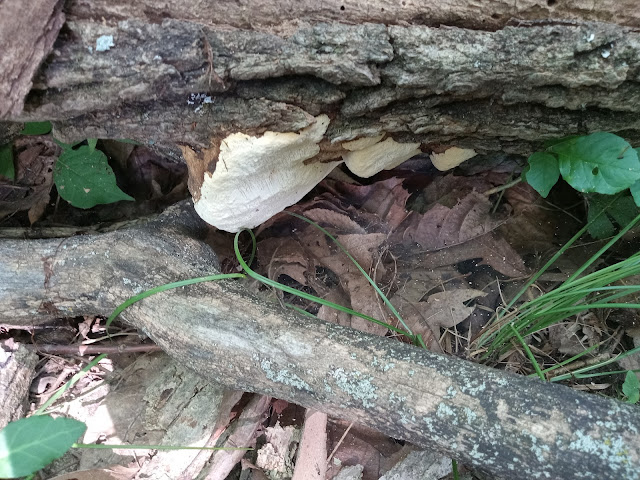 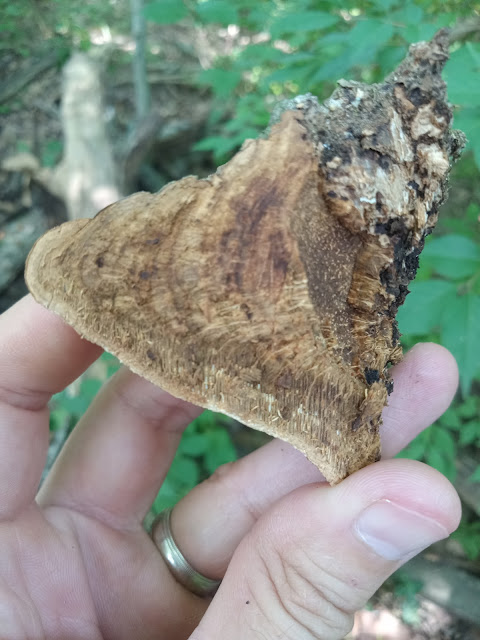 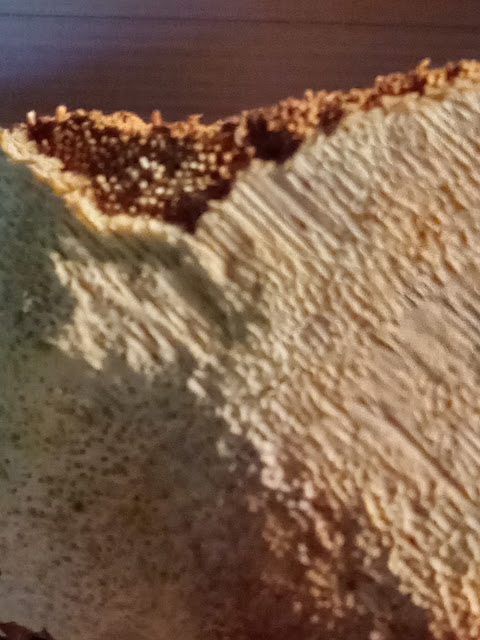 The Latin binomial for this mushroom, Perenniporia fraxinophila, means "the ash tree loving perennial polypore." They love them to death, and then some. I found these growing on a fallen ash tree. Presumably, they began forming when the tree was still standing. And now that the tree's fallen, they've had to alter their morphology, which probably accounts for the mostly resupinate form. (These typically have more developed caps.) The caps of these are various brown hues with some algae. The margins are thick and rounded, and the pore surface, which doesn't bruise, is dingy white with three or four pores per millimeter. But many of the pores are disfigured, as you can see somewhat in the last photo. This might also be the result of its altered morphology, but it's not uncommon for polypores to have varied pores.