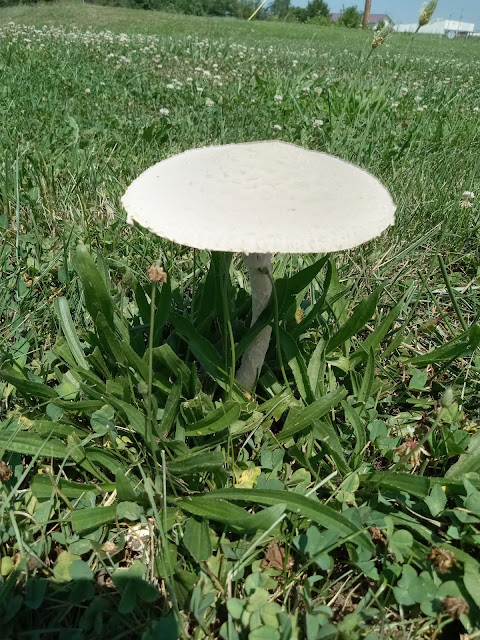 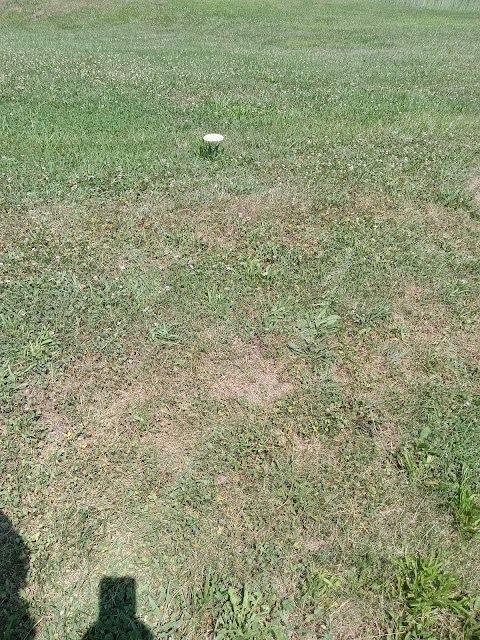 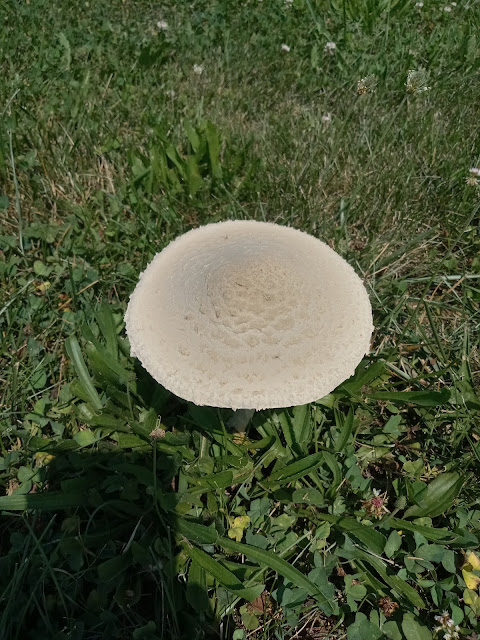 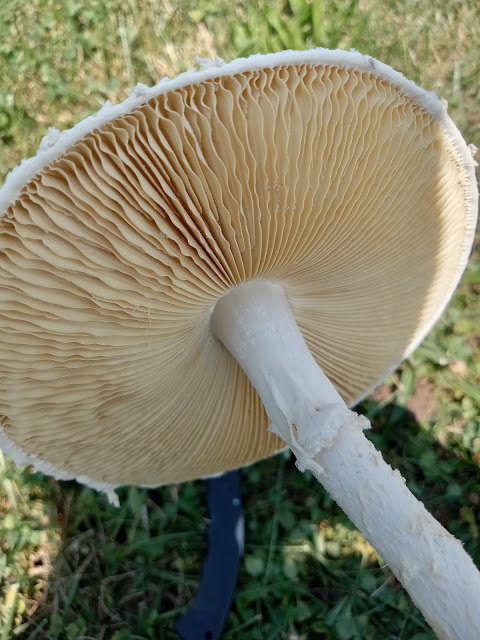 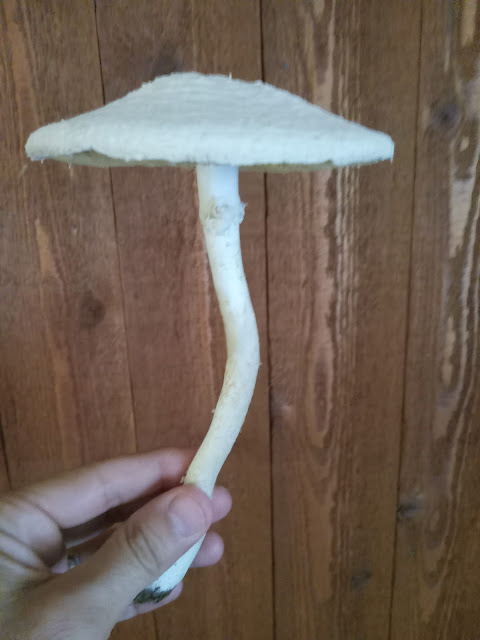 This is the kind of mushroom your mother warned you about. They just show up in your front lawn from time to time, looking so pretty, and next thing you know you're in the ER getting your stomach pumped. Of course, I'm not sure why anyone would eat this mushroom. It has a foul odor reminiscent of raccoon musk and dog piss.
The cap measures 10.5 cm across. I would describe the cap as between umbonate and convex. It's covered in powdery veil fragments, typical of Amanitas. The mostly even stem measures a little over 1 cm in width and 17 cm in height. The stem is solid and has an enlarged base. It has a thin, fragile ring toward the top and veil residue all along the stem. I didn't see the volva. The gills are wavy, close, and tend to scrunch up toward the margin. It has a white spore print.
Amanita thiersii did not begin appearing in Illinois until the late nineties. McFarland and Mueller write in Edible Mushrooms of Illinois that it's been seen as far north as central Illinois, but there's a good chance that it's statewide by now. They also say that it lacks amatoxins, but it's still poisonous. I'm curious to find out exactly what the toxins are in this mushroom, as Amanitas, though indisputably deadly, have suffered from some well-meaning bigotry. Anyone curious about this family of mushrooms should read David Arora's introductory essay in Mushrooms Demystified, which is well written, intelligent, and useful, as is the book as a whole.
Apparently, unlike most Amanitas which are mycorrhizal, this species is saprobic.
Mostly likely deadly and certainly stinky, it is nevertheless a lovely mushroom.