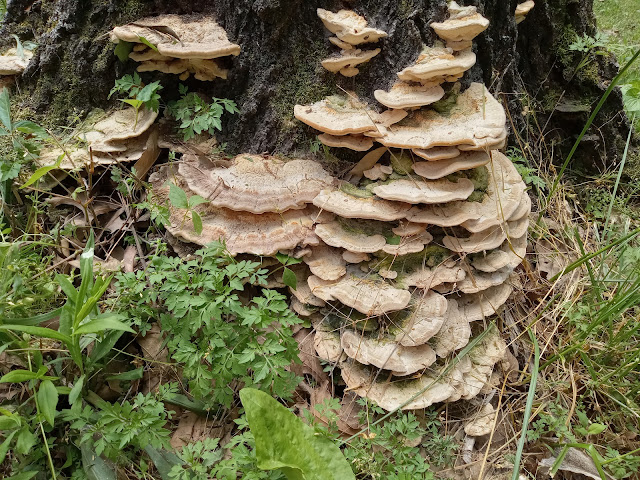 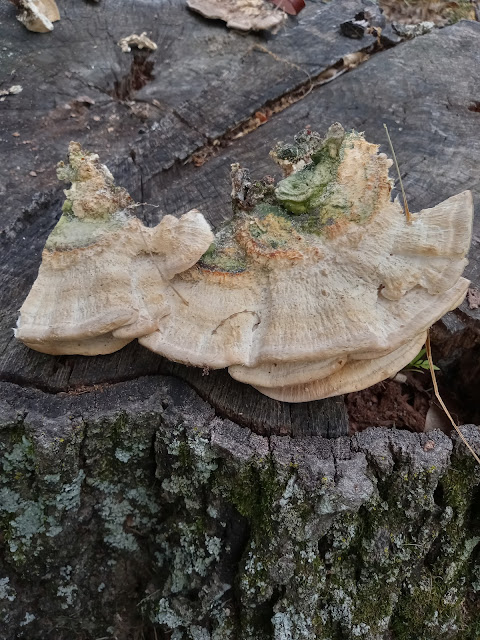 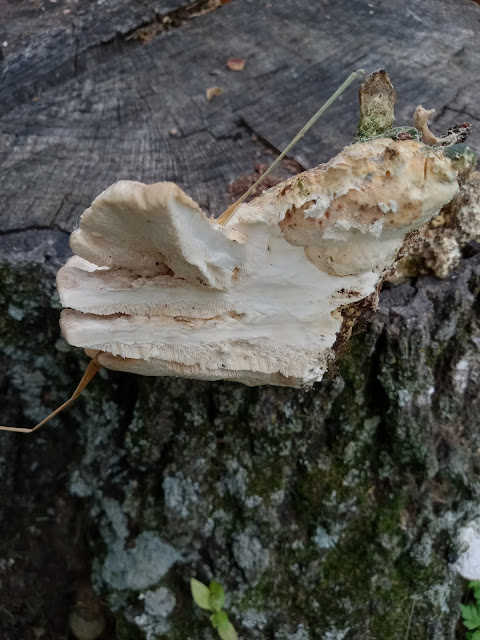 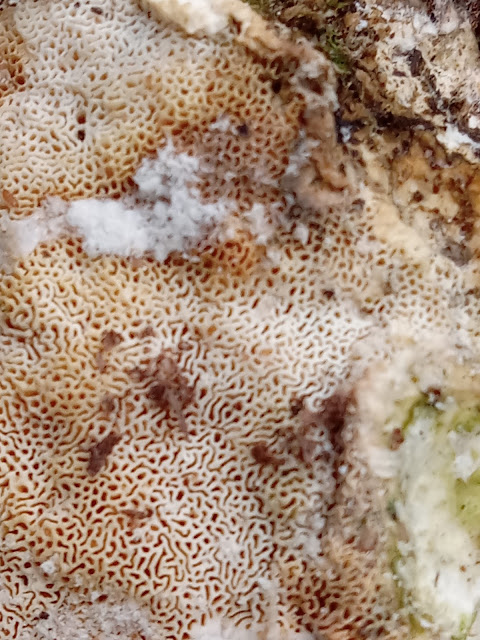 This is a mushroom that I can't figure out. It began growing last fall on a Shingle Oak stump and causes a white rot. It grows in overlapping shelves that fuse both laterally and vertically. The widest of the flat, semicircular caps is about 17 cm across, before fusing with its neighbor. I have seen no indication of hairs anywhere on the mushroom at any stage. In age it develops vague concentric ring zones and is sulcate nearing the margins. It's bumpier and thicker toward the base. The older shelves have algae growing on them toward the base. The mushrooms are creamy white becoming a light brown toward the edges. The edges are thick and rounded when young but taper to an thin edge that turns downward in age. The mushrooms become dry and hard when old and bleach white but are firm, elastic, and moist when young. These mushrooms are noticeably fragrant (reminiscent of Ganoderma spp.) when fresh. Another key feature is that the pores are somewhat round and angular toward the margins and more mazelike toward the base. The rounder pores are roughly 2-3 per millimeter. The pore tubes are all less than 1 cm long. And the flesh above the pore tubes is roughly from 3 mm to 1.5 cm thick. There is no discoloration anywhere from bruising. KOH was negative on fertile surface and flesh, but reddish on cap.
Based on Polypores and Similar Fungi of Eastern and Central North America, here are some possibilities:
Here are some additional photos: 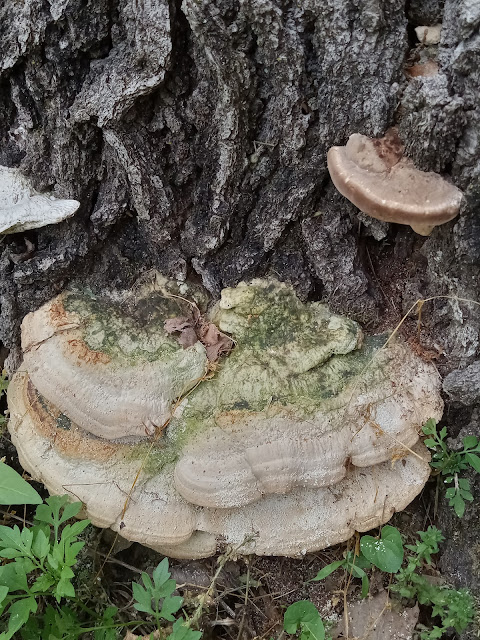 In the bottom center is an older specimen with thin, down-turned margins. 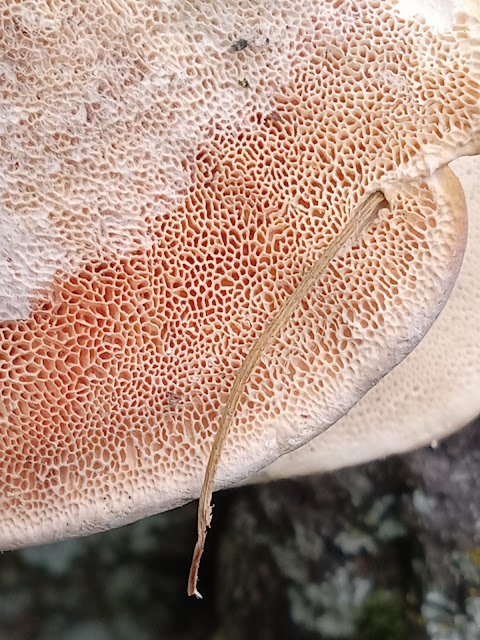 This is an image of the pore surface of an older specimen. 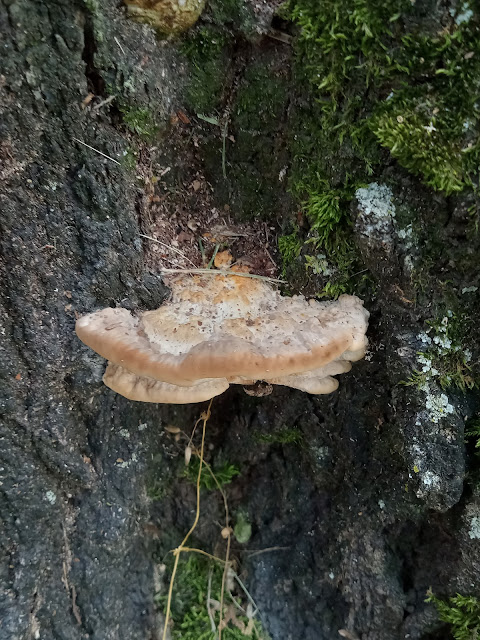 This last image is of a fairly young specimen.