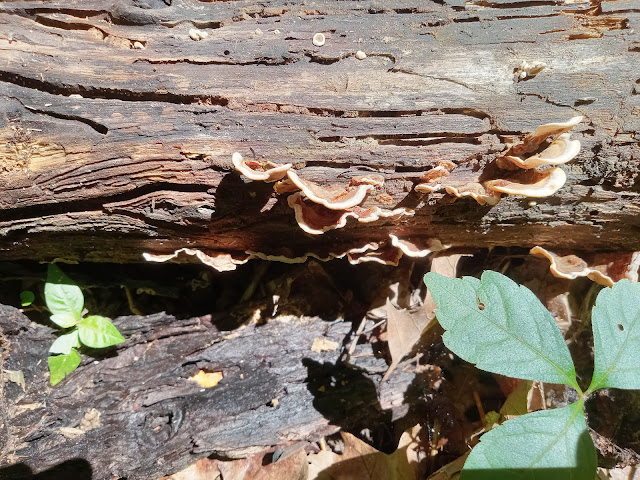 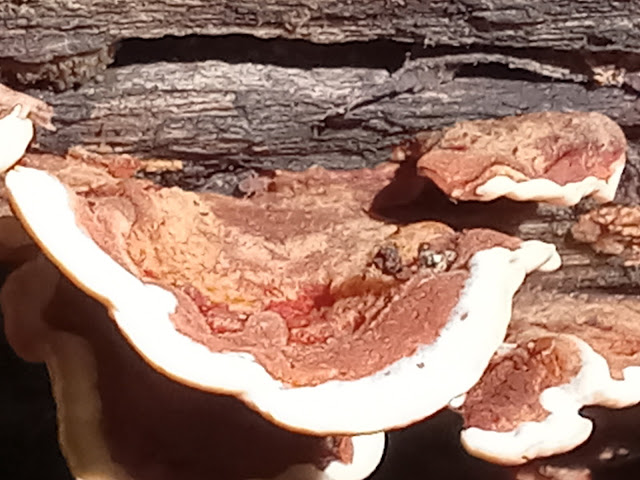 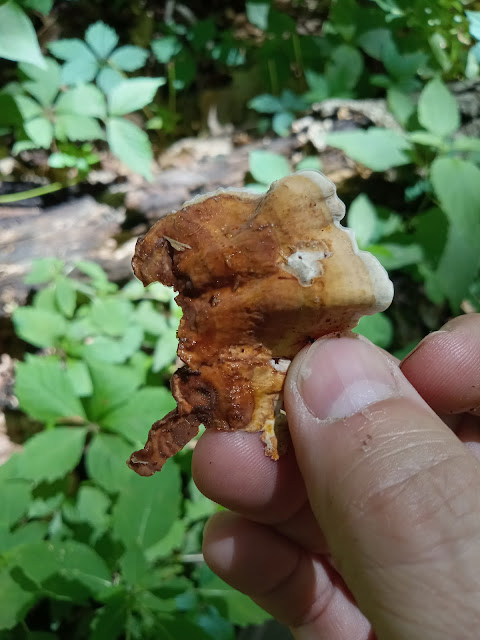 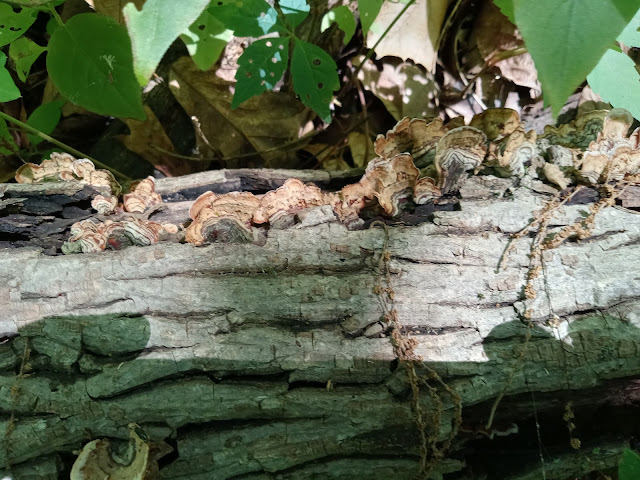 I encounter False Turkey Tail (Stereum ostrea) frequently. As its common name suggests, it resembles the equally common Turkey Tail (Trametes versicolor). The key difference is the underside. Turkey Tail has a white pore surface. False Turkey Tail has a reddish underside that lacks pores. (See the second-to-last photo.) Another useful distinguishing feature is that False Turkey Tails tend curl more than Turkey Tails.
These mushrooms are annual but persistent. The last photo shows last year's growth on the same log.
A very similar species is Stereum subtomentosum, which stains yellow when cut or handled, but this is not so straightforward, as S. ostrea may bruise yellow too. Bessette writes in Polypores and Similar Fungi of Eastern and Central North America that what's been identified as S. ostrea in North America might be S. subtomentosum.