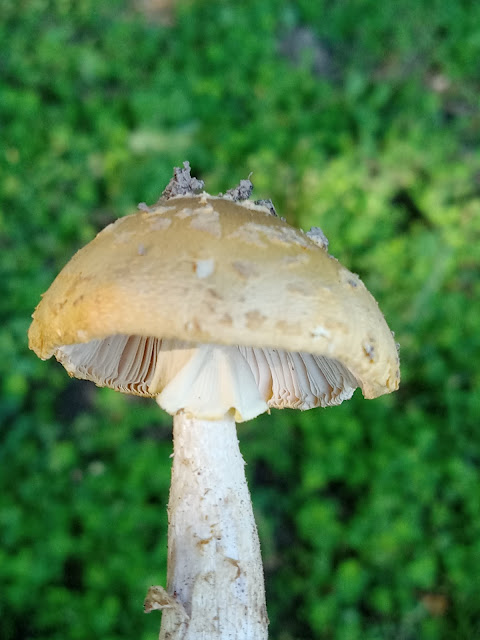 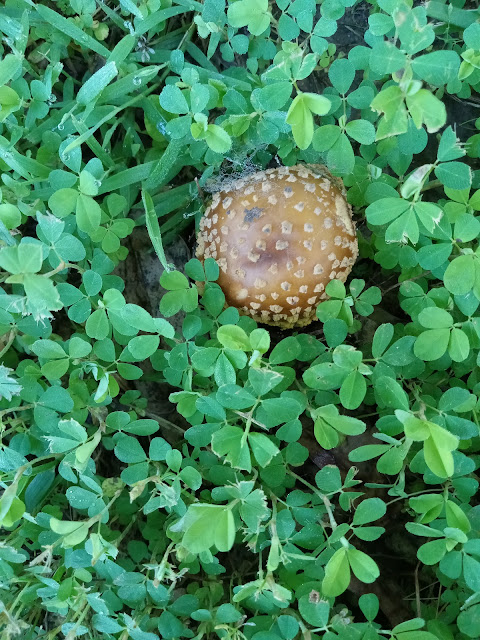 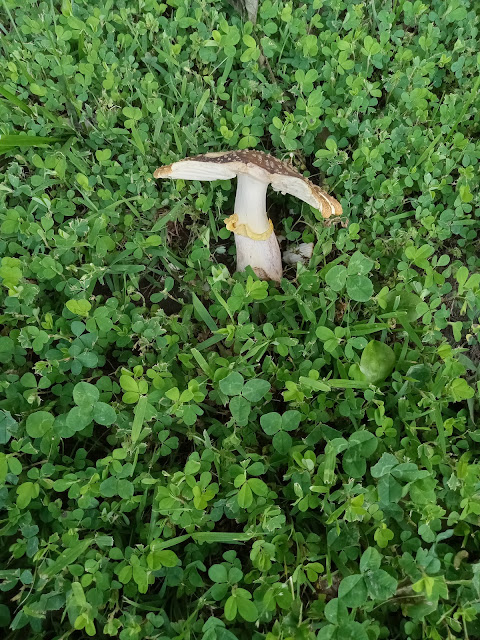 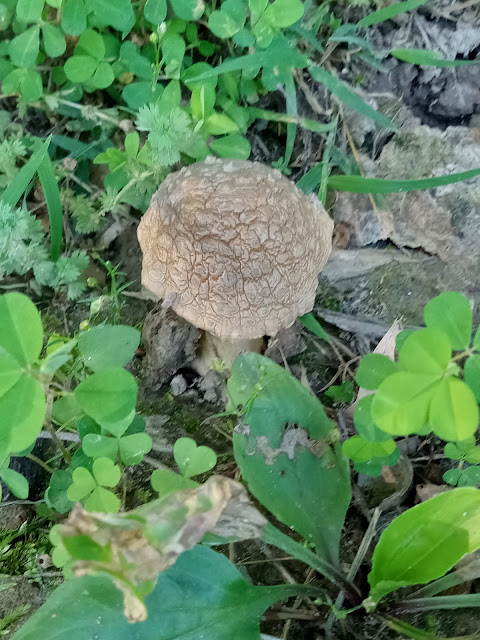 Life wasn't kind to these Yellow Blushers (Amanita flavorubens). They began with a great deal of promise, but conditions dried out just as they were coming to fruition, and the best looking one (in the third photo) was destroyed overnight by some critter. The one in the last photo just got too late a start and withered on the vine. When these are healthy and full grown, they are some of the loveliest and most distinctive mushrooms.
The Amanita genus is easy to identify. They are medium-sized mushrooms with a smooth cap usually spotted with warts. The warts are the remnants of the universal veil that envelops these mushrooms when young. That veil breaks, leaving the warts on the cap and a volva (a little sack at the base of the mushroom usually in the ground). Amanitas also usually have a partial veil that covers the gills and then breaks leaving a ring around the stem. Thus, if you see a mushroom with white gills, a volva, a warty cap, and a ring around the stem, you know you have an amanita. This is a genus worth knowing because several species in it won't just make you sick, they will kill you.
The Yellow Blusher is a classic amanita with a yellow-brown cap, a yellow ring on the stem, and interior flesh that bruises red, especially at the base of the stem. This last is a diagnostic feature.