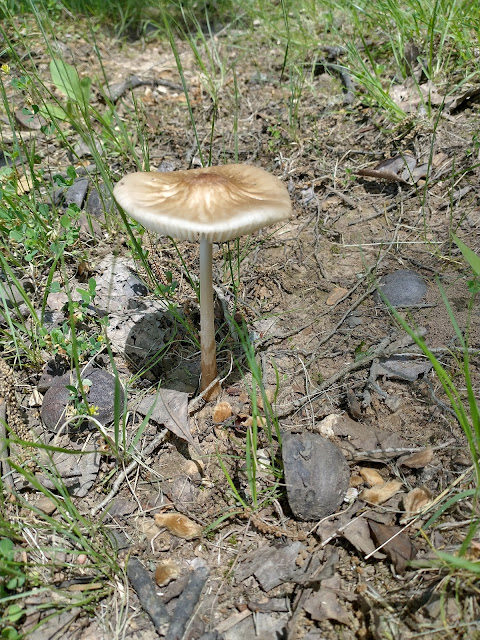 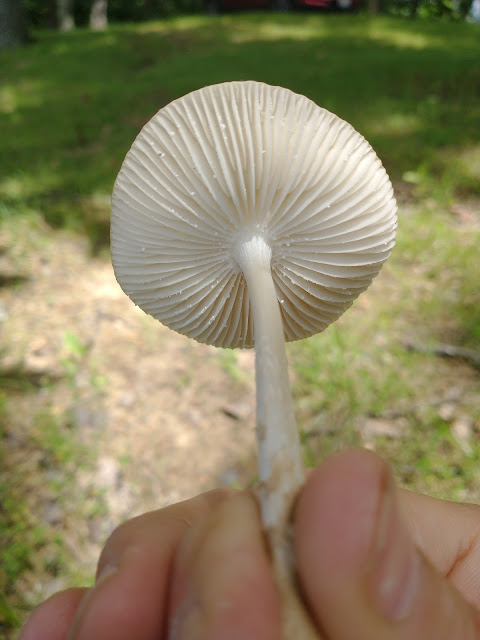 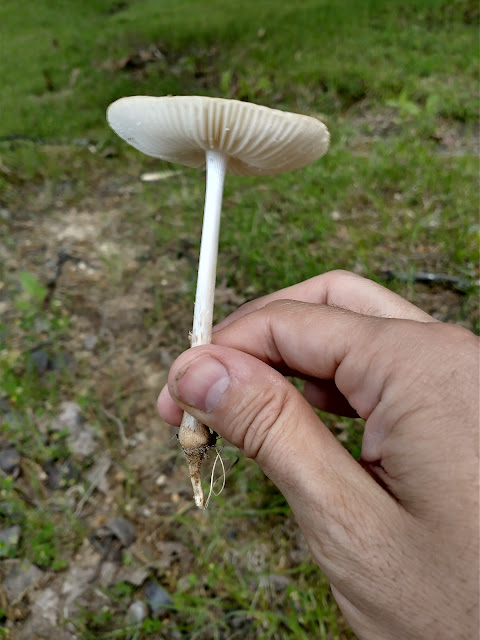 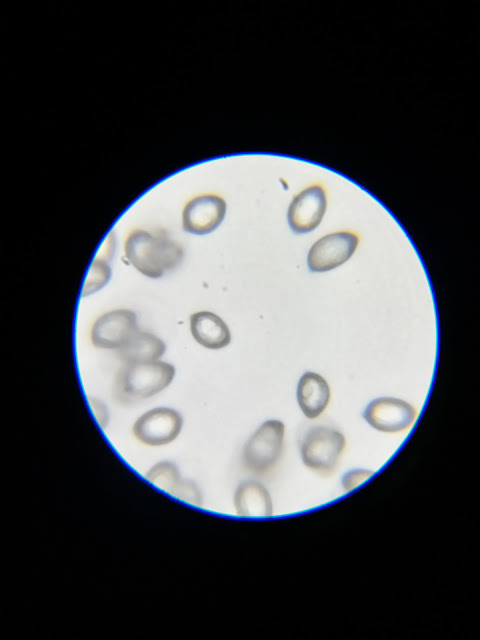 This is a mushroom in the Hymenopellis genus. The cap measures 5.5 cm. The stem is 8.5 cm long, 1 cm wide at the base, and 5 mm wide at the top. The mushroom is dry, though a fresher specimen can be slightly oily. It's flesh is white and fairly firm. Its most distinctive feature is its "taproot," which is visible in the second-to-last photo.
There are several very similar mushrooms in this genus that can only be distinguished microscopically. Based on what I've seen, I think this is H. incognita or H. furfuracea, but I'm not sure. It could also be H. megalospora. The spores were approximately 18 μm.
Prior to 2010, this mushroom was in the Xerula genus. And I'm satisfied for now simply to call this a Xeruloid mushroom. As Michael Kuo describes this group: "Xeruloid mushrooms comprise a sub-set of the collybioid mushrooms, and can be recognized by their tall and slender stature, their white spore prints and their tough, rooting stems, which taper underground. There is no partial veil or universal veil (among the North American species, anyway), so the relatively thin stem lacks a ring or a volva."
These mushrooms are saprobic on buried wood (at least the ones I've seen); hence, "the taproot" is the stem finding its way from the wood to the surface.  I've found these growing among oak and hickory. They seem more tolerant of dry weather than most mushrooms.