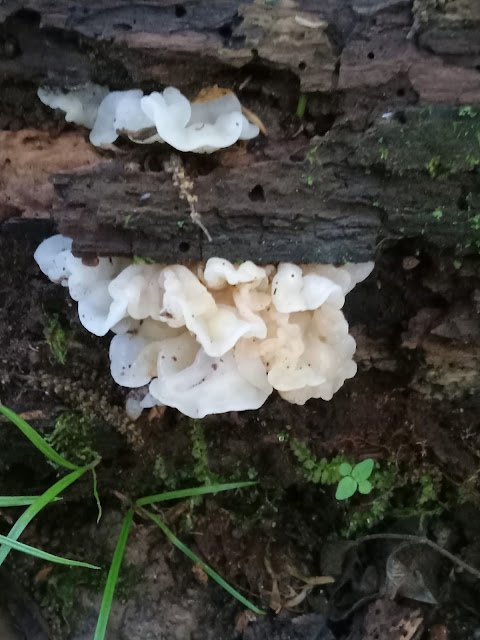 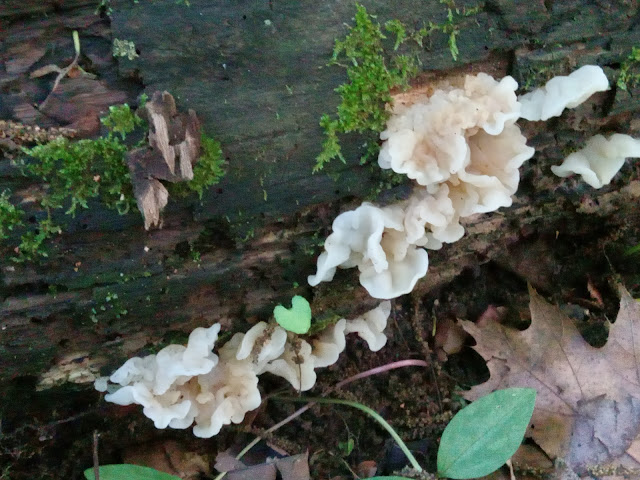 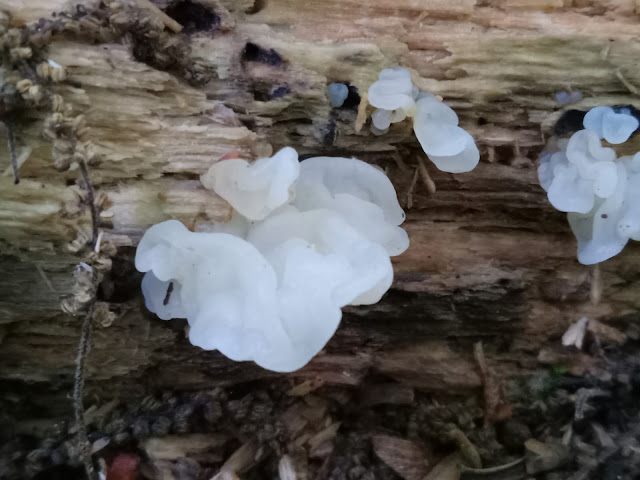 The Pale Jelly Roll. The current scientific name is Ductifera pululahuana, but I prefer its other name, the simpler Exidia alba. This grows on well-decayed logs, typically after the bark has fallen off. It's firmer than Wood Ear and Amber Jelly Roll. This is the first I've seen this mushroom this year. Two other similar species are Tremella reticulata, which is more coral-like and grows on the ground, and Tremella fuciformis, which is less glob-like and more translucent.
Emerson writes in the third chapter of Nature: "There is no object so foul that intense light will not make beautiful. And the stimulus it affords to the sense, and a sort of infinitude which it hath, like space and time, make all matter gay. Even the corpse has its own beauty." So it is, as to catch these in the light of the morning sun is a joy. So too the wet and glistening lobes under magnification. So too just time spent with these mysterious formations in the cool, dark, and moist realms of being.