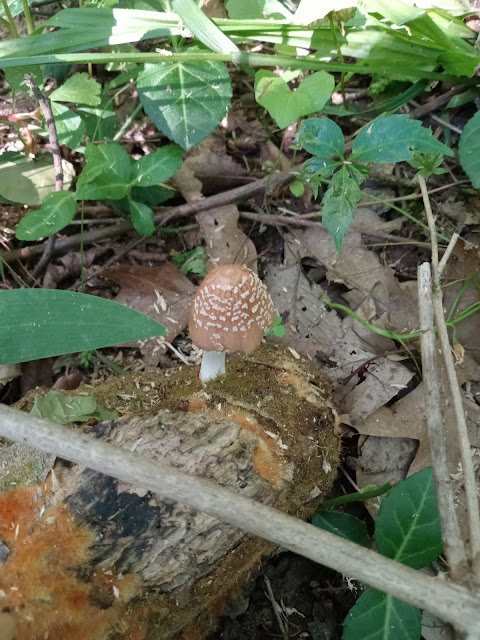 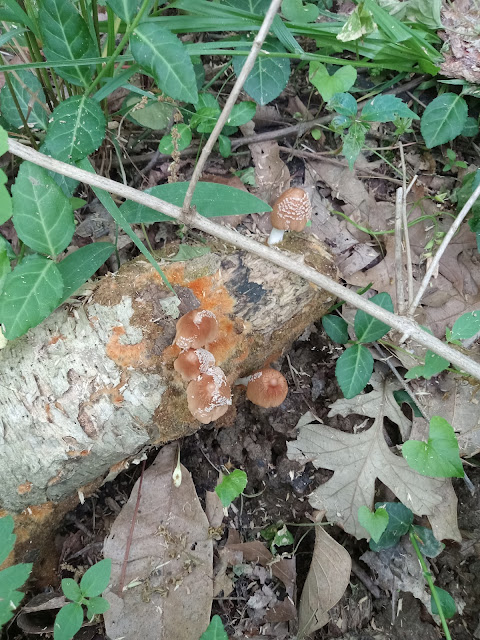 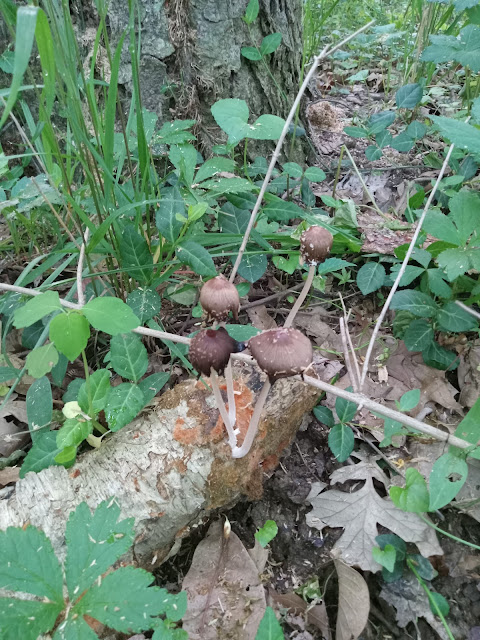 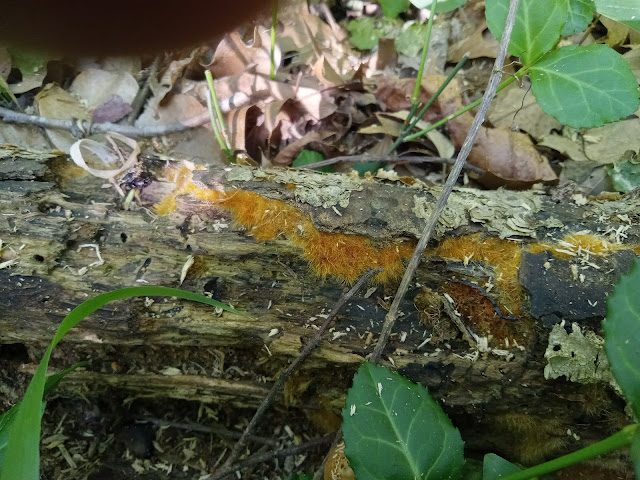 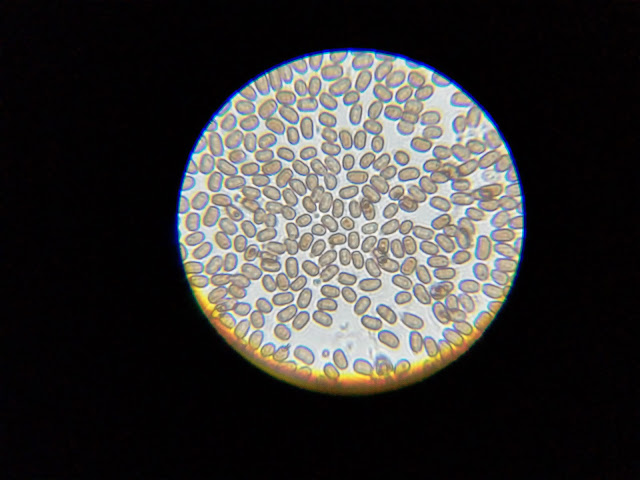 Also called the Orange-mat Coprinus. It's current Latin binomial is Coprinellus domesticus. It's an ink cap mushroom, which means it deliquesces into black inky goo. You wouldn't think so to look at it: when fresh, the mushroom's flesh is white through and through. I found these growing on a rotting river birch limb. It has two distinctive features: the white granules on the cap that will wash away and the orange mycelial mat (ozonium), which is not always present. Thus, it's not the easiest mushroom to identify. Note also how quickly it changes. The first two pictures were taken around 5 pm. The third was taken at 7 am the next morning. A striking transformation.
The name Coprinellus domesticus derives from the fact that it can grow inside houses, on wood in basements and even on bathroom mats. It might be worth living in squalor to see these lovely little mushrooms growing in your home! This is one of many mushrooms with a complicated taxonomy. In older field guides, it's listed under the Coprinus genus. In 2001, it was placed in Coprinellus. It's closely related to Coprinellus radians. As far as I can tell, the only difference is C. radians has slightly larger spores. I try not to delve too much into the complexities of scientific taxonomy. Identifying a mushroom to the species level is often extremely important, but we should acknowledge that any type of nomenclature, scientific or otherwise, is a matter of convention. What we thought was one species can be two or three. What we thought was two or three could be one. We should always keep the rainbow in mind: we distinguish orange from red, but where exactly does the one become the other? Whatever answer we give is a matter of convention, not fact. Keep an open mind and be fluid, and rest in the knowledge that everything is a miracle, ever beyond what we think we know.  That said, for the sake of simplicity and ease, I like to call these Orange-mat Ink Caps.