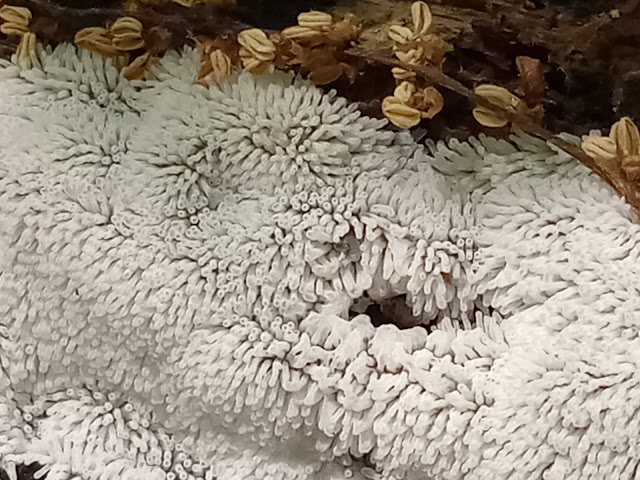 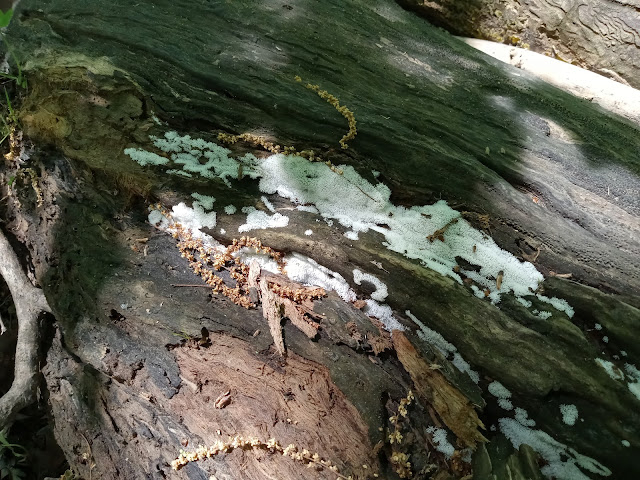 Coral slime, Ceratiomyxa fruticulosa, is a slime mold, not a mushroom, but it's close enough to include here. Slime molds are extraordinary creatures. I've written about them elsewhere. Lacy Johnson has also written about them in her essay for Orion Magazine, What Slime Knows. Among the many things we can learn from slime molds is to slow down and pay closer attention. Most people walking through the woods would see this white patch on a dead log and dismiss it as mere mold. Instead, pause for a moment, take out your hand lens, and observe closely this entity as lovely and fascinating as anything in the Great Barrier Reef.
The individual tubes are about a millimeter wide and up to a centimeter long. At a distance, coral slime looks like white fuzz, but as you can tell from the first image, it's actually a mass of little tubes. The spores are produced on the outside of the tubes.